The steaks were too high!

-£94.58. Whenever I run into a losing day or 2 then I tend not to update my blog until I'm back in front. Well on Wednesday I had SUCH a frustrating day. I ran into 2 races where the market went straight against me in a BIG way and I struggled to salvage anything. The first one just didn't make sense and it highlighted a fact that I have known for ages, that some people are privy to information that certain horses are fucked or that the cheating bent cunt of a jockey is going to ride a complete wank of a race. 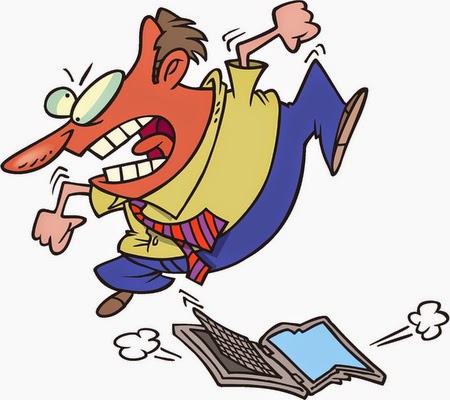 Some of my early trades are back-to-lays on obvious front runners. Now every now and then you see a selection that is a clear leader in a field of midfield or hold-up horses. Usually you'll notice a flurry of back money 60-90 seconds before the off, but occasionally you will see the opposite and the horse drifts.

Now fast forward to a race in Ireland, possibly on Friday, where this happened. However as the stalls opened this beast strode into an uncontested lead. Now 9 times out of 10 the price would shorten, but in this case every fucker in the world wanted to lay it and the price literally doubled in the first couple of furlongs despite the horse having an easy time on the front. They didn't go a frantic pace but as they turned into the straight this horse literally fell out the back of the TV and trailed in stone bonking last about a furlong behind. Luckily I bailed out early when I spotted what was about to happen, but it really fucks me off when this sort of thing happens.

So Thursday was a struggle in so much that as well as the 2 wanky trades I also missed 1 or 2 fantastic opportunities that would have seen me end up with a healthy profit. Basically the harder I tried the harder it became and at various points in the day I looked like this ... 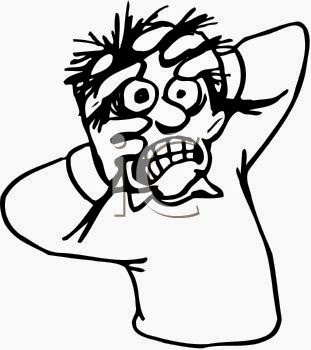 +£31.67. So now it's Thursday and once again I struggle. I get one average trade late on that puts me into profit but now my confidence is starting to ebb and my blood pressure is sky fucking high.

-£86.14. So onto Friday. I'm not feeling too confident and I take a couple of early hits and before I know it I'm £50 odd quid down and already feeling depressed. It's early evening and I'm still down and fucking fuming over my lack of progress when BOOM I run into another trade where I manage to salvage pretty much fuck all!

Now all that I can think of is a) I'm spunking the £400+ that I won the other day and b) I'm fucking shot at this game and c) give me a fucking gun.

+£202.88. The only good thing that has come from my recent struggles is that I beat the holy crap out of the heavy bag this morning, imagining myself carving a path of destruction through cheating midget jockeys and the fuckers who stole my money! I think that some of the other gym users thought that I'd gone fucking mental! Snot and saliva was flying everywhere ... it was a jolly good workout though!


Well if you've followed my ramblings you'll know that I never expect much on a Saturday. The markets seem much stronger and I still haven't been able to adjust my style of trading to get some decent profits. So what do I do? A grown six foot ugly fucker of a man with a shaved head who beats the fuck out of the heavy bag (no not my wife) every day of the week. Yep you've guessed it ... I decide to wimp out and drop my stakes just in case I have another losing day. What a fucking PUSSY! You couldn't make it up! I've never been so pissed off with winning £200+ on the day as it really should have been a monkey at least!

Well I can laugh at it all now! The most bizarre thing about it all was the fact that on my coastal binge last week I was reading Mindstore. Now this is a superb read that basically gives you a template of how to change negativety into positivity, set goals, charge your body with vitality, be more motivated and deal with stress. Now I have used this previously in conjunction with Hemi Sync with is another fucking amazing product which focusses on binaural beats. What I failed to do though, after reading part of the book again last week, was to put it into practice, probably due to lake of orgainisation on my part!


So as from tonight I'll be going into DEEP meditation and as from tomorrow I'm going to use my new found powers of positivity and vitality to smash the absolute fuck out of the markets. If you're playing in-running then watch out as I'm after your cash!

So I ended the month on +£1844.78 which to be honest was a bit disappointing. I'll have to try harder in July!