We've Almost Made It!!


Yep we've almost made it through the winter and so far the weather hasn't been too bad (well at least it hasn't been down here in the south-east of the UK). March might see a bit of a frost and the cancellation of a few meetings, but then hopefully once we reach April things should start improving as we see the start of the flat season hurrah!

I've trundled through February and to be honest my application has been somewhat lacking in terms of watching the replays, updating my horse notes, training, diet, etc. In fact I've been a right lazy fucker .... AGAIN!! If I don't get my act in gear for March then I'm destined to be a LAZY FAT bum for the rest of my life! 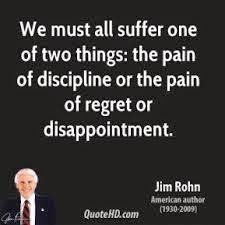 Around about this time last year I vowed that I would be getting up at the crack of dawn each day in order to get some work done (such as watching the replays) and also savouring the beauty of spring/summer mornings. So once again I'm going to set my alarm clock for just before sunrise each day, spring out of bed at the first beep, have a cuppa, sit in the garden (when the weather permits) and then hit the gym at the opening time of 07:00.

So what about the trading I hear you say? Well February wasn't too bad although there was plenty of potential to do a lot better. From memory things start to pick-up from March onwards (in terms of profit) so as Caan mentions over in his blog it's time to win some summertime beer money!!

£103.07. It's always to get back into 3 figure territory, especially after a pants day like yesterday. I actually started the day with three losses in a row but then traded pretty steadily after that and just edged past £100+.

I traded fuck all races, lost £30+ and ended the day by saying 'oh so what losing £30+ isn't too bad' while shoving another piece of chocolate cake in my mouth. What a fucking nob! 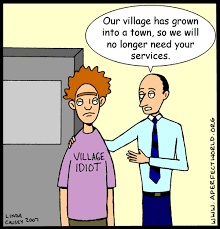 +£94.30. I only actually traded in 4 races today which must be some kind of record. I spent most of the doing making cups of tea, doing the housework, eating and lazing around!

+£20.02. Despite the fact that we had 3 RUK meetings today once again I made a poor effort and the only thing that is growing at the moment is my stomach! In fact is was feeling SO lazy that I hit the sack for a snooze after the 16:55 @ Bangor!

+£118.62. I was plodding along today and then threw away the best part of £50 @ Dundalk but then managed to retrive it later on in the place market.

+£68.06. I started OK today but then my effort petered out and it ended up being a poor result for a Saturday ...

Back on the Notes, Gym & Diet


Yep I'm having another attempt at getting my fat, lazy ass in gear. Getting to the gym is no problem as I like to train but I really need to knuckle down and stay on a strict diet at least until the end of February.

I've started updating my notes for all of the runners each day and I've also started watching the replays that I record. These replays hold the key as it's easy to spot any particular selections that you want to make a relevant note for so that you can act accordingly the next time that it runs.

+£165.49. The totally opposite from yesterday and I looked like going past the £200 mark but a couple of small losses late on halted my progress.

+£164.56. The good thing about updating my blog a few days after the event is that usually you forget winning days like today. When I did my P&L I thought that I'd typed yesterdays date again as the totals were similar, so a nice surprise.

+£172.80. And to be honest I didn't realise that I'd won this much today .... and the power of the horse notes seems to have kicked-in quite nicely!

+£20.37. Another lean day where we only had the two meetings. My initial thoughts on Chelmsford is that a) the BF live pics are a fucking mile behind live and b) it's fucking impossible to win anything there! To my eyes it plays a lot like the evening meetings at Wolverhampton where pretty much fuck-all happens until the last 2 furlongs and then the fast pic merchants jump in and rape the market.

+£123.50. One of those strange days where a handful of £20 wins soon put me past the +£100 mark. I even managed to take some cash from the thieving fast pic merchants at Chelmsford in the evening so that put a smile on my face!

+£137.80. I had a muddling start today but then picked-up a bit later in the afternoon so it was an OK'ish sort of day. However, my stakes are still relatively low and there is still SO much potential to be had!

+£472.64. An almost perfect Saturday where nearly everything fell nicely into place and I felt invincible. This was achieved on small'ish stakes so the possibility of +£1K days, especially during the summer months, still exists.

+£54.05. I literally spent the day winning a couple of quid here and there ... so not quite as good as Saturday's result!

+£304.95. 23 trades and no losers makes Dave a happy man! Another excellent day where everything just seeemed to fall nicely into place. Once again my stakes were fairly minimal which gives me big hopes of plenty of £1k+ days in the future?

On the back of the above result I took the opportunity to book a day out for me and the missus in March (at a swanky restaurant) and I'm really loking forward to it!

-£172.55. Kaboom! It seemed that everything that I touched today turned to a right proper bag of shite! My biggest win was £11.02!! It was the complete opposite of yesterday, even though I felt that I had traded in exactly the same manner. Weird eh?

Think that I might have to cancel the swanky restaurant (see above) and book a table for two at my local McDonalds!

+£50.87. Today's racing started at 14:00 and by 15:00 I was around £140 DOWN! The main bulk of ths was done in a long distance slog in the heavy at Thurles. With about one mile to go I spotted this thing plodding along in about fifth place, being flogged to death by the jockey and jumping like a hairy goat. At this point some raving maniac placed a big BACK bet at around 2.0 in the place market. Now in this sort of scenario you have two options:

1) trust your eyes and judgement (it's plodding along, making no progress, has jumped poorly and is being flogged to death with absolutely no response) .... or ...

Well I chose option one ..... WRONG! As predicted by the wiley backers this thing plugged on and I think that it actually finished a close second

At this point I realised that I had practically done my nice profit from 10/02 and was about to start eroding my nice winnings from  07/02. Now although I get pissed off (I suppose we all do when we have a run of losers) I never really go on tilt, so I just carried on, had a few small wins and then had a £50+ later at Thurles and then finished the day with a nice win at Chelmsford (which I'm finding quite hard atm).

It's strange as I actually thought that I was about £50 down on the day, so it was nice to do my P&L this morning and find that I'd actually won £50, which was a good result after being over £100+ down early doors.

+£74.30. A quite un-inspiring Saturday where I didn't make any progress until nicking a few quid here and there on the last few races.

Ventured down to the local boozer in the evening to have a few pints with the missus and watch a band and had a good time!

+£42.82. Another day where nothing really happened and I had to settle for a mediocre profit for the day ...

+£176.99. I wasn't going anywhere fast today and looked as though I was going to post a loss, but then had a nice result in the 16:25 which turned the tables quite nicely!

The way that I normally trade always throws-up the possibility of a nice sized win every now and then and it's nice when one pops up, especially when you are behind and seemingly struggling on the day.

-£43.19. It's always a bummer when you have a losing day, especially after a couple of nice days as you can often feel that you are on a roll and profits usually rise in-line with your confidence.

I did have the chance of taking an easy £150 green in one race but I held on as I thought that this could have easily moved into and beyond the £1K+ region, but alas it didn't happen, although it will one day soon!! So watch this space ... 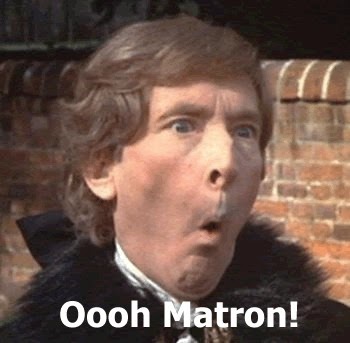 -£73.49. I probably could have scraped a tiny profit today but I made a balls-up in one of the later races. I was trading for £50 a click and had a book showing around £60+ green for all runners so all was good. However, I stuck a few lay bets in at around the 1.2 mark just to balance my green on one of the runners but forgot to put my stake down to £10 per click (which I usually do mid-race to filter out my positions) and managed to turn my £60+ green into a red .... doh what a wanker!!