I'm sitting here scratching my head (and occasionally my balls) after another day of trying to work out the complexities of the pre-race trading game and a number of issues keep popping up in my noggin. 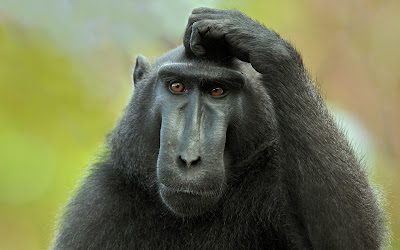 So what better way to spend a Sunday evening than listing them all down on here so that when I become the biggest thing since sliced bread in terms of pre-race trading I can look back and say 'that's where it all started'.


So below is the contents of my brain at this very point in time:

I seem to remember that I did a similar exercise a while back on here so I'll trawl back and see if I can find the post and see if I was wafffling about the same shit.

+£78.81. We only had the four meetings today and although my total was nothing special I actually felt like I had a great day.

I was able to concentrate a bit more on my pre-race trading and put into practice some of the techniques that I picked-up from watching some of Caans videos. I really felt as if I had made a big step forward in understanding the markets and therefore making good decisions. There's no doubt that I still have a long way to go and will run across scenarios where I think 'what the fuck happened there!' but as long as I keep on learning without doing my bollox I'll be happy!

I decided to record the 15:00 @ Brighton today and post it on here so that I can look back in the future and realise what a novice I was! It might be good, it might be bad but will probably be very ugly. Here it is .....

+£42.89. I didn't trade that many races today but nonetheless was chugging away until I knocked it all out in the 19:00 @ Ballinrobe.

It's slightly annoying when that happens! You start to think how you could have spent that £100 down on the coast (ideally beers and burgers) and the fact that you've been sitting there all day just gradually chipping away. A few expletives were uttered but then I managed to nick some back in the last which eased my pain  slightly.

After posting my musings (see above) I received this reply from RFSports Trading on Twitter:


Betfair graphs - Caan uses Geeks Toy which has a function which allows all runners to be available on the same graph (Market Overview). You can see steamers and drifters together on the same graph. It updates probably every few secs so 180 secs is too long I'd say.

Chaotic markets - I think it boils down to the quality of the race which is likely to drive the level of liquidity. Better quality of racing and more liquidity provides smoother markets and so Brighton on a Monday afternoon is going to be pretty random I'd say. Have you got Caans pre race trading guide?

Big stakes - yes I think Monday Brighton race might get manipulated by a big player.

Market prediction - if you think about maximising profits and minimising losses it almost doesn't matter if you guess up or down in terms of price prediction. However if you have some reasoning i.e. the fav has drifted then maybe the another horse is shortening then this might help predicting the movement correctly.

Better quality races - I think the prices tend to be smoother and move in the same direction for longer.

I'd be happy to discuss any trading ideas just pm me. Re-read Caans pre race trading guide it has taken me a while to understand why race quality matters. Peter at Bet Angel always bangs on about quality of the race also.

It's always great to receive helpful advice from other traders and when I get the chance I will be adding to these points.

+£141.06. Just back from a cracking 2 days down on the coast with all of the family. The weather was typical English summertime ... gales, rain, hail with a few sunny spells here and there!

I had already purchased a windbreak and 2 beach shelters and I'd be fucked if I was going to let a little inclement weather spoil our fun. We set about smashing the windbreak firmly into the sand but unfortunately once we had it secure it was only about 2 foot high! Me and my youngest boy then managed to get one of my shelters erected and we both got in and zipped ourselves inside and had a bottle of Hoegaarden from my coolbox. So there we were, the waves crashing, the wind blowing, the rain falling and me and my boy zipped up in a shelter! We ended up as the only family on the beach, sharing 2 tents and a bottle of wine.

I did my child minding duties in the evening and took all of the grandkids along the promenade while the reamainder of my party had a munch in the local curry house. Once the grandkids had all crashed-out I began my assualt on the Hoegaarden and one by one my family members fell by the wayside and headed back to the Travelodge until I was left to fly the flag. Unfortunately I think that I may have over indulged! I probably got back at around 03:00 and felt like a sack of shite the following morning. I managed to get my ass out of bed and decided that a long stroll along the windswept coast would blow away the cobwebs. Well after about an hour of walking I felt like death ..... so I crawled back to the Travelodge and stayed in bed all day!

The remainder of the break was alcohol free and we all had a good time ... roll on the next one!

I couldn't wait to get back and crack on with the pre-race training but to be honest by about 15:00 I was feeeling pretty tired so I just concentrated on the in-running and managed to win back some of the cash that I had spunked down on the coast.