Time to Move On


It's quite apparent that if I stay where I am I will slowly and painfully end up doing my cash, so it's time to move on, Unfortunately my wife hates me and wants to make my life a fucking misery so any plans that I had of buying a place on the coast are totally fucked. 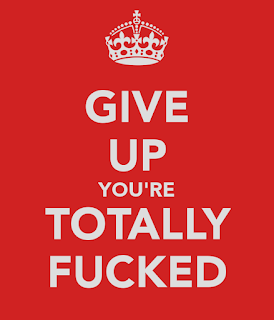 Instead I am going to have to rent a place and hope that I don't have to spend too much in the process on furniture, appliances and general moving costs, fees, etc.

Somewhere along the line no doubt a solicitor, estate agent and property developer will make a shit load of money from us but some women just can't see sense and if it goes down that road so be it. 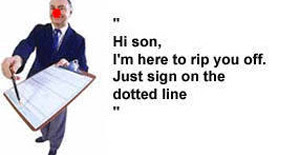 Hopefully I can get myself set up pretty quickly with Virgin super fast broadband and Racing UK and then I can crack on. It won't be the same renting and it seems fucking stupid that I could buy a place and have very little overheads but as mentioned above I've been forced down the rent route so will have to earn a bit more than usual to cover the expenses.

+£210.08. It's time to look forward and grasp the endless opportunities instead of staying still and slowly sinking in a pool of shit infested mud! 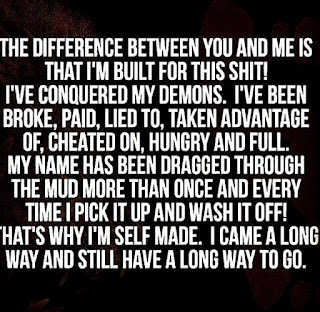 +£163.25. I only traded 24 races today but went along steadily after a good start. I took a backwards step to the tune of £60 in the 16:40 but immediately bounced back with a win of £80 in the next so I'll take that, especially after my recent trials, tribulations and associated poor run of form.

+£9.98. I was cruising along and nicking a few quid here and there and then dumped £120 in one race and ended up back at square one doh!

+£239.23. I concentrated hard today as I didn't want to make a midday balls-up like yesterday. I took advantage of someone else's mistake in one race and that helped boost the profits so it ended up as a fair effort.

+£73.67. I had an OK start today but then it was tough going. I made the choice to play cautiously so as to get another green session under my belt as it's important to keep that positive feeling. Sometimes you have to disregard how much you have won on the day and just concentrate on doing the right things and eventually the nice wins will come along.


The trading has taken somewhat of a back seat recently as I try and sort my shit out! I've reached that point in life where there are things that I want, such as solitude and freedom and unfortunately these are not typically things that come with marriage. Therefore I'm probably heading off in my own direction and that means doing something that I have wanted to do for quite a while now, well since the inception of this blog, and that is to move to the coast.

Luckily the properties in Ramsgate are relatively cheap but I'm still not too sure whether or not they are cheap enough for what I want! Ideally I'd like a 3 bedroom house close to the seafront but as per normal it's always the case that you see something that fits the bill and it's just out of your price range!

It's strange that because I have other things on my mind I don't have a clue whether I am doing well so far this month or not. I feel like I'm plodding along OK but as I type this it's 06/09 and I can't honestly say how I've done over the last 6 days!

+£188.08. I only traded 18 races today but had no losing trades so I'm happy with that kind of result and would be more than happy if I could nick that sort of amount on a daily basis over the next couple of months or so.

I spent a couple of days down at my Dad's house and came home feeling even more shattered than when I left!

+£150.64. I had a good solid hour in the middle of the day but the remainder of the evening was pants!

It's fucking hard to trade when your wife has just thrown all of your screens out of the front door and smashed them all on the pavement. It's also not too easy to keep a level head when the same woman destroys a grands worth of audio equipment and then in the melee you get headbutted by an irate Lithuanian cunt.

-£45.55. I don't think that I have EVER had 4 losing days on the spin but when you have a woman intent on destroying you then trust me it's fucking hard to concentrate on horses running around a field! It's also hard to start the day when you have just spunked hundreds on new monitors!

For some strange reason I didn't quite fancy trading today.