It's time to get the bike prepped for sunny days down on the coast but this year I think I'll switch to my hardtail as I don't really need to use a full suspension bike. My youngest son moved out a while back and so I inherited his Voodoo Hoodoo which are supposed to be good hardtail bikes, so I'll give it some TLC over the next few days and hopefully I should notice the lighter weight as opposed to my full suss GT bike.

Anyway, I'm in a giving mood today and feel like sharing the love, so here's some information that I have posted out to some of the guys that follow my blog. 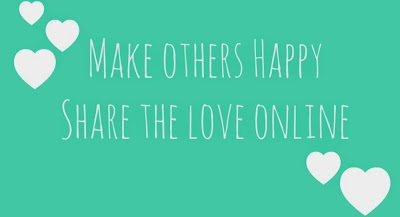 It's some general information pertaining to trading in-running that should be helpful to those of you wanting to give the IR trading a real crack. I've been receving quite a few emails over the last few weeks with regards to in-running so I might as well post some of the relevant information on here. I've probably covered most of these points previously in the blog but here's one of my replies in encapsulated form (with more to follow):

How do you deal with getting out the market for a loss IR – do you use stop losses?

You mentioned in your blog that when you are in green position, you start firing in the lays – can you elaborate on that in layman’s terms (excuse the pun), what are you actually doing on the ladder interface?

Why do you use Geek’s Toy and not BetAngel –  is GT better for stop losses?

Apologies for the delay in getting back to you as I haven't checked this account for a few days.

In answer to your questions:

If I sense that the market is not acting as I expected then I take a red ASAP. Let's say for instance I have backed for £50 @ 6.0 and after a couple of furlongs (or jumps) the horse seems to be going well. Now I'm obviously expecting the price to shorten and I will already have placed some lay bets for maybe £5 at odds of 5.0, 4.1, 2.6, 1.8 (as an example). If then after a couple more furlongs my 5.0 and 4.1 get matched then my green zone has been extended should I need to exit quickly for the remainder of my stake (hope that this makes sense). If however the price actually starts to move out, let's say to 5.6 and there seems to be opposition then I will immediately click to take a red but I'll probably click on the red value further up the ladder, at maybe 6.2. This means that in most cases I will get my 'red' bail out bet matched even if it means that I lose more by doing this, i.e. I'm laying at any price up to 6.2. This helps to avoid most of the 'fuck I've missed it' situations, especially when the market becomes more volatile. All of my bets are entered using the ladder so the best way of quickly exiting a position is to click on an exit value that is a few ticks away from the current price. As an example, I might be sitting on a £10 green at the current price but I think that the market is about to go against me so I'll click on let's say £8 green which will be a few ticks away from the current and gives me a better chance of getting matched should the price start to veer away from my position.

Stop loss ... I don't think that the stop loss is much use for in-running as the markets are probably too volatile for it to work efficiently. The market will often fly through your stop loss point and just keep going. I don't know of any traders that use this function for in-running. For me it HAS to be controlled manually, i.e. you have to place your exit points manually on the ladder, and do it quickly enough so that you have a good chance of getting matched, as in the technique for bailing out above.

It's good to hear of your involvement in the racing game and for sure if you have a very good understanding of running styles and are a good judge of pace then that is the hardest part cracked. I think that you just need to be more flexible with your exit points and maybe try phasing out some of your stake, as above, when the market moves in your favour.

I hope that this makes sense and helps. Please let me know if it doesn't or if you have any more questions as I'm always happy to help.

As for Geeks Toy, well the layout of the ladder interface is very tailorable and it just feels comfortable to use.

I'll try and do a video over the next couple of days of how I normally trade as that may make it easier to understand.

PS Use brickcrafts@hotmail.com as I don't check this one daily.

+£132.39. I traded pretty effectively today but then had one slip-up at Chelmsford, which in hindsight was a very poor effort and that cost me £90. Luckily I reclaimed £50 of that in the next race but I really should have sailed past the £200+ mark today.

+£137.01. I didn't have a particularly great start to the day but then had a nice result in the place market @ Punchestown and once again I was into 3 figure territory.

+£534.87. Well I eventually hit my first monkey of the year! Everything just fell nicely into place today and there's no reason why I can't kick on and post more results like this one and even head towards the £1k day barrier!

+£28.85. I celebrated my wedding anniversary last night but maybe over indulged as I was absolutely fucked today! We had a right good time down one of my fairly local boozers where they had late night karaoke followed by more music and we were the last ones to get chucked out at around 02:30.

Now this morning I had to get up and pop down to the post office and boy did I feel ill! I traded a couple of the early races then just had to admit defeat and went back to bed. I felt a little better after a good kip but it probably would have been better if I had just stayed in bed all day!!

I spent some time in the evening flicking through the channels and came across 'Cascadeur'. Maybe well worth a listen to chill at the end of a stressful day ...