If Carlsberg did exit strategies ...


Well I'd buy one tomorrow as today witnessed probably the most inept day of trading that I have experienced for a long time.

+£14.63. It all started with a £50+ green that I let slip to a £30+ red and then it all went downhill. I spotted a very nice possibility in one of the following races and boldly declared to my missus and daughter 'I could take a grand out of this race, and if I do then I'll treat you both'. The race then panned out as expected and I managed to lose £10 having had an easy opportunity to green for over £500!! 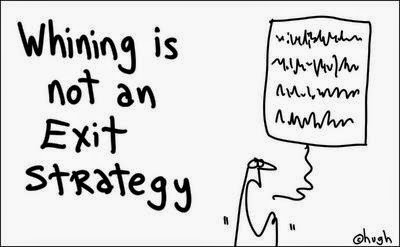 I very seldomly go on tilt but I then had a minor wobble and chucked away the best part of £100 in the next. So instead of being £500 up and cruising along I was actually over £100 down! This was all down to my miserable exit strategy. In particular my stake buttons on The Geeks need changing as I was in a position of trying to trade out of a £2,000+ on one selection using £5 clicks ... fucking absurd. I also never use that green option located somewhere near the top left of the screen ...fuck me I don't even know exactly where it sits!

I think that I then threw away another couple of £100+ opportunities before I finally ended the day slightly in profit.

In hindsight it was a cracking lesson. It proved that my time spent compiling my notes has been well spent and that there are some cracking opportunities available. It also highlighted the fact that I have to improve my exit strategy for those occasions where I have moved £100+ into the green zone. It is easier said than done as the markets become increasingly volatile as the race progresses. It's therefore easy at this stage to spot a nice juicy £100-£300 green and exit slightly too early and lose some great potential profit where the green could quickly go up to 4 figure territory or on the flip side exit slightly too late and throw away a guaranteed green.

So to summarise I'll say it's work in progress ...

+£138.53. I didn't actually trade that many races but had four mediocre wins which all added up at the end of the day ...

-£97.44. My concentration levels were obviously low today as I managed to have two races where I made a balls-up on the colours and selected the wrong horse for my entry point! So I said goodbye to most of yesterday's winnings doh!

+£20.24. Well September has beeen a right fucking struggle so far! I know that things can tend to go a bit pear shaped at this time of year with the flat racing coming to an end, horses losing their form and trying to deal with the puzzle that is AW racing, but it's still frustrating..

+£15.51. Yet another poor day with most of my profit coming from the evening card at Kempton.

I wasn't really going anywhere fast until the very last race of the day where I somehow managed to pick up £100+ in the place market which eased the pain somewhat!

+£166.81. The trading was much more interesting today and I managed to get a bit more involved. It wasn't all smooth sailing but it was good to get back into three figure territory after some pretty boring days over the last week or two.

+£84.54. A pretty starnge day today. Chipped away as usual and then gave it all back in one race and then won it all back again in the next!

+£225.78. Today was completely different from yesterday. I traded steadily and the few medium sized wins here and there soon added up quite nicely.

-£47.23. Well I was hoping to nick a few extra pennies to pay for our trip back down to the coast but I ended-up spunking the best part of £50!

I was probably spending too much time fucking about and doing things like ironing t-shirts as I only managed to trade a handful of races.

Decided to fuck offf to the coast with the missus for a couple of days as the weather looked pretty OK for the end of September.

+£431.94. We had another cracking time down on the coast and the weather was quite good for this time of the year. We did both drink quite a bit during the day and pretty much stayed in the same spot as opposed to going on a pub crawl! However in the evenings we took things pretty slowly and actually hit the sack relatively early on both evenings (00:30 and 23:30 respectively I think).

We left early and got back in time for me to have a quick kip and that obviously did the trick as I had a cracking day that was pretty much centered around one good bet. I did actually have a £90+ loss early in the day so I was over the moon to get up to £400+ which pretty much paid for the weekend.

+£16.29. Sunday today and I really should have fucked off back down to the coast and got pissed!

+£141.19. A fairly steady day and I even won some money at Wolverhampton in the evening!

+£96.13. Another day where most of the profit came from two races on RUK

+£112.13. It's always good to get into three figure territory, especially at this time of the year where the racing is starting to become a bit thin on the ground. I only managed to trade a handful or races so the result wa OK'ish ...

+£101.96. Had one of those days today where I was slightly behind after about 3 hours of doing practically nothing. Then fortunately a couple of medium sized wins saw the total go just over £100.