Well I've been intentionally updating my blog a few days in arrears for what some may find a strange reason. I've been having a run of some good days and when this happens I don't really like to keep track of exactly how much I'm winning/losing during, or at the end, of each day. This means that when I come to update my blog I'm often 'ooh I didn't realise that I'd won that much on that day' or 'ooh I'd forgot about that good day'. This means that I get the good feeling on the actual day, as long as I win of course, but then I get the reminder 3 or 4 days later when I update the blog. It's a psychological thing but it seems to work well if you're having a good run.

Now it would have been nice to have hit that £1k day in August but it just didn't happen. However the chances were definitely there and I've no doubt that with natural progression I'll achieve it pretty soon.

The end of August usually marks the decline of the number of races per month and therefore your ability to make as much gets put under pressure. It also see's the increase in NH races and this always occurs just as I'm getting to grips with the flat season! Now on top of this the weather changes and the days get shorter which all contributes to a feeling of gloom and despondency, unless of course you are an avid NH fan in which case you're cock-a-hoop!

I love the summer, the long days, the hot weather and the chance to earn more and also get away for some fun in the sun. So for me this time of year is quite depressing. 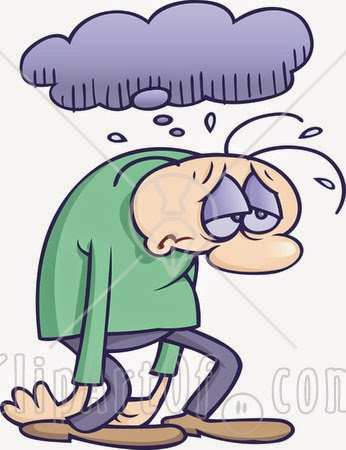 I'm so sad in this regard that I have a mental count down of the number of days until the shortest day, December 21st, at which point I start to see the light at the end of the tunnel which takes us back into summertime next year!

It's currently the 05/09/2014 and I suppose that my gloomy mood is not helped by the fact that I'm still recovering from having a few of my teeth extracted on 01/09. I currently wouldn't look out of place in between these two fine specimens ... 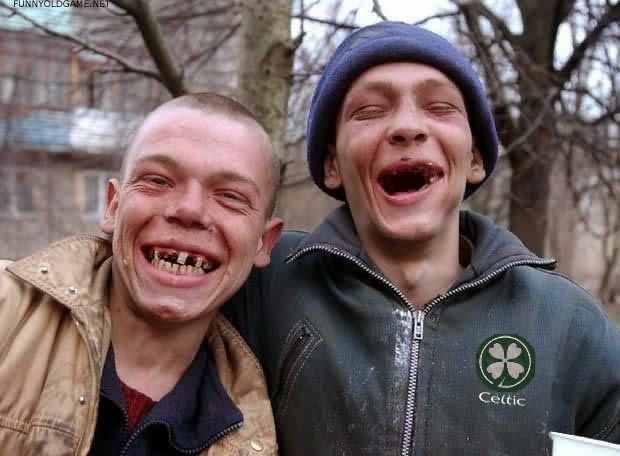 I also haven't been to the gym for quite some time now so my weight and general fitness levels have all gone in the wrong direction.


So now I find that I have quite a bit of catching-up to do in quite a few areas of my life including my trading:

Trading - I've been working hard to catch up on the watching of all of the race replay recordings that I have on Sky+. I record the race replays from ATR and RUK and in an ideal world I would watch them in the evening or following day and update my notes accordingly. Now I did fall behind quite badly so I've had to spend countless hours on the play, pause and fast forward buttons to get to the currents stage where I've nearly watched them all!


Weight/training - I'll be getting back down to the gym and back on the diet once my gum swelling and pain has eased. I'm not too sure what weight I have reached but I'd expect to be back down to the 85.0kg mark by the end of September.


Mindmap/personal development - it was good to identify those areas in my life where I need to make a bit more effort. That was a few weeks back so I need to revisit my notes in order to make sure that I continue to make progress. I also have a few books that I purchased in Michaels Bookshop in Ramsgate. These are Blink, Teach Yourself Meditation, 59 Seconds ...

+£67.36. I spent 3 hours in the dentists chair up at the London Hospital this morning having some of my gnashers removed so it's a miracle that I won anything today. I played a few of the early races and then hit the sack for a couple of hours as the effect of the injections wore off. I then played a few late races but my mind wasn't really on the task at hand.

+£256.55. I had a good trade early doors but once again hit the sack mid afternoon as I was feeling fucked due to a restless night.

+£278.45. It looked as though things were going to be very lean today and then I came across a race where I had a good note for one of the runners and once again it paid dividends.

+£133.60. Well there wasn't much happening today and then once again I had a good pointer for one in the 20:10 @ Wolves. A nice win saved the day but it SHOULD have been at least £200 more. Unfortunately I repeated a mistake that I made a few days back and didn't have enough exit trades placed! I could have easily added the £200 as I had backed first and the price went down to 1.1 for plenty of money. In my defense it does get quite hectic when you are in a nice position and trying to place various exit trades while still keping a close eye on the final stages of a race.

So although it was a relatively nice win on such a wanky day I was still left feeling a tad pissed-off as I had really just thrown away £200. Hopefully that's a bit of passion and greed kicking-in as I'm still way short of showing the aggression that I need to take it to the next level.

-£35.20. I upped my maximum entry stake to £300 and as I went through my note update process it seemed that the day should produce some good opportunities. In reality it was a bit of a struggle, especially trying to play the ATR tracks with head-on views of the early part of most of the races. It seemed that the turning point was the 17:50 @ Kempton were I passed on a £100+ green and ended up taking a £40+ red! ... what a pratt. To be honest I couldn't believe that I was actually behind and although it wasn't by a great amount it was really pissing me off!

+£86.84. As I was drinking my early morning cuppa the thought crossed my mind that I quite fancied another couple of days back down on the coast. Now strangely enough it wasn't the thought of gallons of Hoegaarden that fuelled my drive, it was actually the thought of a bit of relaxed cycling along the coast and maybe sitting down with one of my new books. The weather looks fine for Sunday - Tuesday and the racing looks like crap on those days, so if I can win maybe £300+ today then I might well go pump some diesel into the old motor, grease my bike chain and head down south.

It's 09:34 as I type and I'm flying through the latest recordings so I should be well prepared for todays racing and £300 should be in reach if I play well. I hope so as I'm actually now quite excited about winning that cash and then fucking off for another couple of chilled days in the sea breeze ....

In fact I'll do one of my daily updates today ...

15:57 although there is loads of racing it's mostly big fields and the markets are relatively strong. I've actually had a few close scrapes with minor disaster but have somehow managed to reach about £60+. Physically I'm still not fully recovered and I'm obviously fighting an infection but the lure of the coast is strong! There's plenty more racing to come so it's a case of staying patient and focussed ...

17:07 trying to make a profit today is tougher than that piece of steak that I had at that poxxy Gordon Ramsay restaurant the other weekend! I actually just had to check my Gruss settings as every time I press a button I'm getting fuck all matched!

20:56 my notes for each horse at Wolves tonight are fucking worthless! I'd be better off printing them off and using them as shit rag. This has now put me in a bit of a mood and to my eyes every race there now seems to be bent as fuck! We did have a guy in the exchange who was an ex jockey's agent and he claimed that every now and then there would be a 'jockeys race' where all of the jockeys in a particular race would conspire to get one home. In my current frame of mind it seems that every fucking race at Wolves tonight has been a 'jockeys race'!!

To make things worse tomorrow's forecast of glorious un-interrupted sunshine down on the coast has now had a spot of black clouds and rain added!! Is this a fucking wind-up or what?

+£123.78. Well I had myself prepared to hit the coast again this morning but when I woke up I still felt tired, had a headache, the weather looked grey outside and strangely enough for the first time ever I didn't really fancy it? However, the weather looks set fine for tomorrow so I might just fuck off in the morning for a couple of days. Going on a weekday at this time of year has it's advantages as it's a lot quieter as everyone is back at work so it's a good time to go, drink, chill and relax with a beer and a book or two.

I wasn't expecting much on the trading front today but the early wins soon saw me up over £100+ so it didn't feel too bad for a Sunday. every time I nicked a few quid I saw it as spending money for tomorrow!

-£1.94. To be honest I couldn't really be bothered today. I had a couple of cracking days down on the coast and I spent the whole of yesterday on the piss from 10:00 onwards with only a short break in the early evening for a quick change of clothes.

I joined a few of the locals for a cracking time drinking Hoegaarden and playing/listening to at least 4 or 5 guys playing guitars outside of The Belgian Cafe.  I can't quite remember all of the evening but I think that it was a good one! It's no wonder I felt a bit jaded today!

-£13.00. Oh the joys of trying to trade Doncaster and Chepstow! ATR pics were a mile behind so it was another frustrating day ....