Come on! Bring on the sun and the associated days of getting wankered and sunburnt!

Last weeks excurion to the south-east coast was a nice little warm-up and after a brief period of recovery I'm ready for my second outing!

Here was the 07:40 pre-cycle pint of Hoegaarden outside the Belgian Cafe ... 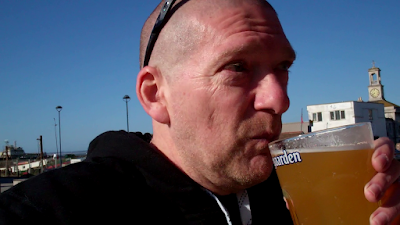 +£72.91. I didn't really trade that many races today and had a mixed bag of results. To be honest my concentration still flags at points during the day and I'm finding myself chasing entry positions, which is a real basic mistake, and sometimes this lack of patience can get you into sticky positions.

Here's my 'backup' hardtail MTB parked-up at somewhere between Whitstable and Herne Bay. It's a lot lighter than my full suspension MTB. I did have some gear slippage problems on the short sharp hill approaching Reculver, so I'll have to get that sorted before my next ride unless I want to mangle my bollox on the top tube! 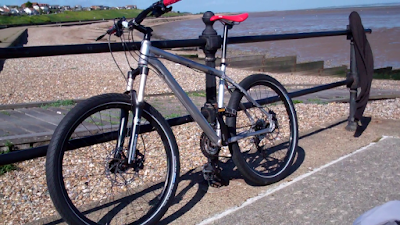 +£129.64. A nice steady day today. Didn't break any records but plodded along nicely.

So anyway, this is what I was doing last week just after 09:00 outside The Rose Inn in Herne Bay. 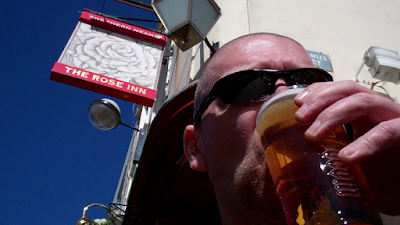 -£15.38. My concentration was double-pants today and what should have been a nice profiteable Saturday became a right pain in the ass!

I had the wankiest bet that I've struck for a long while in the 14:50 @ Muss where I backed something right late-on in the place market about 50 yards from the line when it was in seventh place!! Fuck nows what I was doing but even as I hit the button I was literally screaming 'NOOOOOOO'. It was one of those moments where my finger reacted before my brain ... what a nobber. I then had to spend the remainder of the day trying to claw back some of my losses.

Flashback to last Friday. After my Oranjeboom at Herne Bay I indulged in a pint of Fosters (which was wank) outside The King Ethelbert @ Reculver. 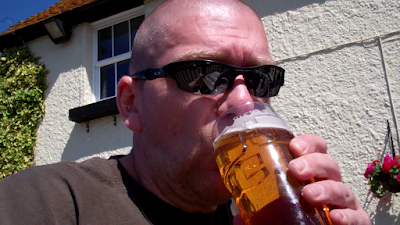 +£180.54. Most of my trades today were on the Irish racing and i finished the day winning an 'Eric' .... Eric Bristow one hundred and eigggghhhtttyyyyy!

So after my wank pint of Fosters I cycled along the causeway (past loads of marathon runners ... they must be fookin mad) and onto The Minnis @ Minnis Bay where I smashed into a much needed pint of Amstel. 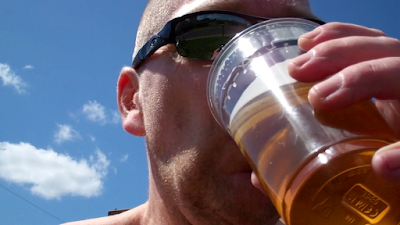 After heading inland I ended up at The Jolly Farmer where, if I remember rightly, a pint of Carling cooled me down quite nicely indeed! 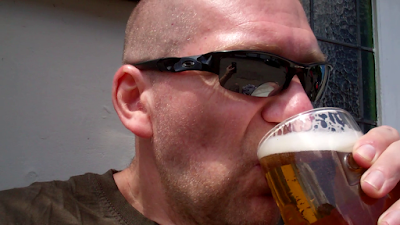 +£8.96. For some reason it seems as though it's all going fucking tits-up?

+£39.88. July has been a very lean month with lots of spending and no fucking earning!

+£153.32. Finally, a day back in 3 figure territory! This came about as a result of 27 trades and no losses (sounds a bit like Magnus from Masterind there!).

+£224.00. Not many trades today but a good result, once again from minimal stakes.