Well January was a bit of a crap month in terms of profit but hopefully February will be a bit better? It certainly needs to be otherwise I'll be going well skint!

My weight has rocketed up since I moved down here and I have gone from a well skinny 80kg back in May to a whopping 92.7kg!! It maybe has something to do with the fact that I now have a load of decent boozers literally right on my doorstep and I've been making most of that fact!

The live music scene down here is fucking brilliant but that has meant that I've been propping up the bar most weekends and drinking 6-8 pints of lager when I venture out! To be honest that's probably not the smartest idea. I also have an Iceland and Asda store (amongst many others) quite close and I've fallen in love with scones and frangipans and I'm scoffing the tasty fuckers by the dozen! 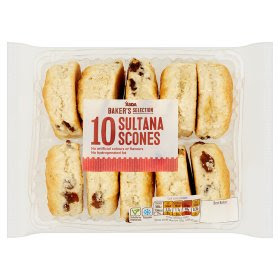 Therefore it's now time to get back on the decent diet alongside regular training. I've joined a cracking local gym and in addition I've started spinning and cycling again. I'm hoping to get down to 85kg by the end of February and also have a few more quid in the bank! 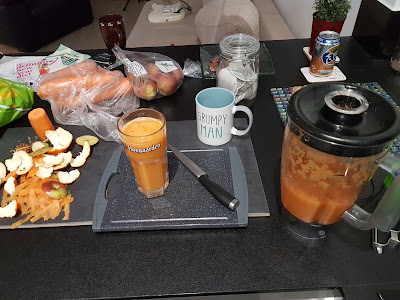 +£194.36. Well a much better start to the month. Nice steady trading was the order of the day and the medium sized wins soon added up to a much needed nice profit. 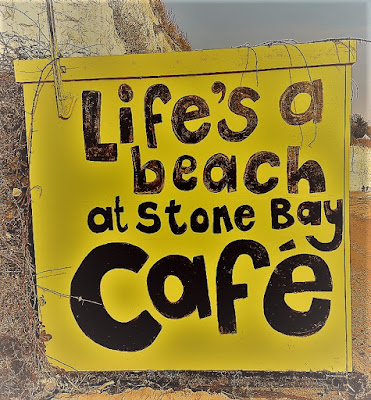 +£119.18. It turned out to be quite a busy day today, which makes a change, and once again I managed to get into 3 figure territory, which is always nice.

Here's one from last Summer when I was a bit leaner ... 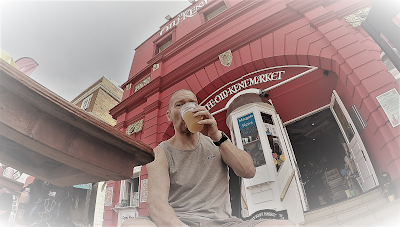 +£38.85. It was all a bit of a struggle today and I always seemed to be playing catch-up. So at the close of play I was actually quite pleased just to finish ahead for the day as I'd like to get a good run of profit going in February if I can ... 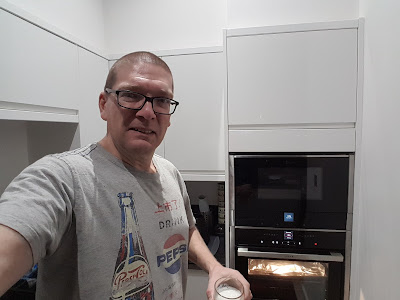 +£21.86. Like many others I still can't quite get to grips with Newcastle but any profit on a wet Tuesday in early February is a bonus I suppose ...

-£265.75. I had one of those days today where everything I touched turned to poo! The damage was done in two races where I got caught in very fast moving markets. On both occasions the market swung violently against my position and there was not enough liquidity to get out of my trade so I was left chasing prices and lost £100+ in both races. It then seemed as if I was banging my head against a wall as I continued to get in bad positions and only quick exits saved me from losing a lot more.

Now I've mentioned before that days like this are going to occur and it's just a case of knuckling down, keeping as calm as possible and trading sensibly. Tomorrow is another day ...

+£247.12. My fortunes swung 180 degrees today as I was gifted an early win of just under £200 and the world seemed like a much better place! It was then a case of chipping away with the main emphasis on not making any errors and taking safe positions in the markets.

+£49.70. It was a bit of a mission trying to trade Southwell and Newcastle as I just can't seem to get to grips with those tracks. I ended up nicking pennies here and there and then journeyed out to watch a local band and consume a few beers!

+£197.71. I was pretty much chipping away on a grey and gloomy Sunday afternoon when once again I was gifted a nice win which helped a lot with the final P&L figures.

+£33.99. At last we had some sunshine today which made the day much more pleasurable but unfortunately made no difference to my measly profit!

I actually had a day of today and spent some quality time with some of my family who came to viit down here in a rather sunny and pleasant Ramsgate. Roll on the Summer!

+£88.10. A pretty bland card today and I wasn't expecting much but managed to get a good result in one race. This once again helped the P&L get somewhere close to being respectable, at least for this time of the year.

-£21.71. One of those Saturdays where I was making hardly any progress and then managed to drop the best part of £80 in the first evening race at Kempton doh!

-£10.87. I was making a meagre profit and then dumped £60+ within the space of 10 minutes to end the day slightly down again double doh!

+£3.44. My concentration was all over the place when racing started as I was dealing with other issues so the day was a bit of a waste really ... 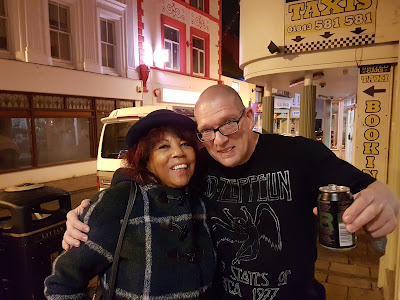 I was in two minds on whether to venture out for a beer but there was a jam night on in one of the local bars so thought 'hey, why not?'. The entertainment was nothing short of superb and I even managed to get a pic with the great Linda Lewis who belted out a few numbers along with Duncan Mackay on trumpet and Ivan Hussey on bass! Fucking brilliant!

+£85.34. I had one win of £50+ late on in the day and this was accompanied by tiny wins every now and then but thankfully no big loses.

Had  day off today and went out drinking in the evening and watched a band in one of my local boozers.

+£40.49. Sunday today and I missed the first few races and only traded 10 races in total so it was one of those days where something was better than nothing!

Ended the month with another day off!