Time to Crack Open the Factor 50?


I really did believe that I would be sitting in the sun slurping  a few beers by this time of year, but alas the typical English summer weather has thwarted that plan! Every morning I race to the PC to view the Met Office, Metcheck and weather-forecast websites (like the optimistic fool that I am) in the hope that I'm greeted by news of an impending heatwave, or at least a string of 2 or 3 nice sunny days. Unfortunately the first half of June has yielded fuck all in the terms any half-decent weather. So imagine my surprise and delight when I checked the forecast this morning ...

Next Thursday onwards could well be sunny! Now we all know that the met office are 100% super reliable in their ability to predict the weather but just to make sure I thought that I'd better double check elsewhere ... 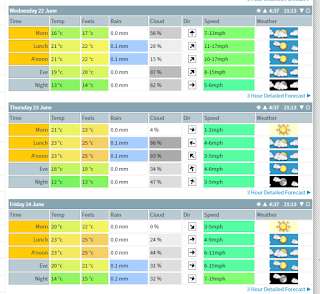 So Metcheck are along the same lines and ... 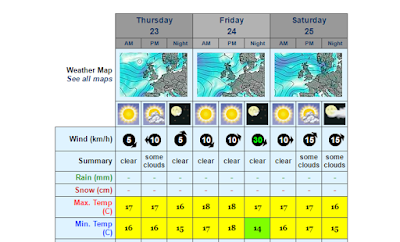 This year I think that I'll setup base in Ramsgate and jump on an early train to Folkestone with the bike and cycle back along the coast and over the white cliffs of Dover. 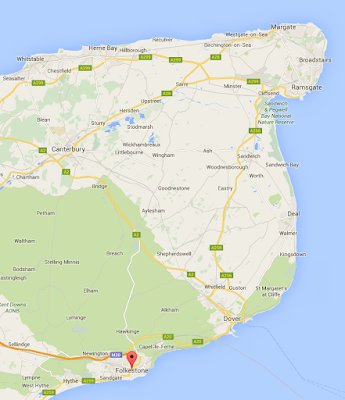 It's probably about 30 miles and mostly off-road, with 1 or 2 hills, so all I have to do now is plan some sort of route and also try to identify early opening boozers along the way!

I'm currently hovering around the 82.0kg mark so would love to shed 3 kilos over the next few days so that I can start in Folkestone at around 79.0kg. If I carb delete over the next 5-6 days then I can lose some fat and then have a much needed re-feed/alcoholic top up day or 2 down by the coast along with some bike cardio!

As for the trading, well is it just me or are some of the in-running markets almost unplayable because of the super low liquidity? (as mentioned in my last post). I've noticed recently that some of the weaker markets have practically no money on either side of the ladder, I'm talking literally fivers and tenners here and there, which means that if you're entering with a 3 figure stake then a) you're going to get matched for peanuts and b) if you get it wrong then you can't get out and you are fooked!

A few weeks back I made an off the cuff remark about providing some in-running training. Surprisingly I had quite a few people ask for more details. To be honest I haven't really given it much thought but if enough people want the training, and are willing to pay a lot of cash for it, then I might do something.

+£244.99. A real solid day of trading today. No big wins but just small wins here and there and the total soon mounts up. A few more days like today would be most welcome in order to boost the beer token fund for next weeks jaunt to the coast ... weather permitting.

I couldn't be bothered today so went to the pub instead!

+£312.55. I couldn't be arsed with just Southwell in the afternoon but then got lucky in one of the early races @ Wolves and won a carpet. Apart from that it was wank!

I couldn't hold out any longer! I was out of bed just before 04:00 and managed to catch the 06:10 from Ramsgate to Folkestone. The weather was great but the hills were fucking steep in some parts!


Fortunately the beer was plentiful and sooper chilled!!  I ended up having a great time and cycled through some beautiful countryside and alongside some nice beaches. Most enjoyable!!

+£75.52. Pretty much a fruitless day of small wins alongside equally sized losses. In fact my profit was made pretty much in the last hour of the evening.

+£269.11. A good finish to the month with some steady trading throughout the day and a good effort in the evening racing as well.