Freezing My Bollox Off In Brighton!


Wow how time flies! I usually update my blog an a daily basis but it seems as though I've been a right lazy boy of late! To be honest I've been making a big push on my diet and exercise and work on my blog has taken a bit of a back seat.

The trading has been a mixture of good, fair and a waste of time. To be honest this is probably the leanest time of the year due to the lack of racing made even skinnier by cancellations due to the weather, so it's largely a case of patience and take what you can  ...

We embarked on our normal New Year excursion to Ramsgate and this year we smashed it to pieces on the alcohol consumption front! 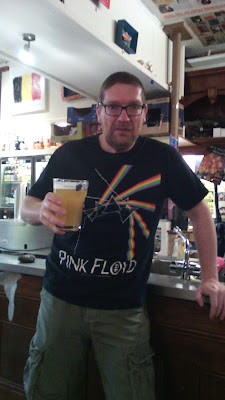 This year we spent three days by the coast and as usual most of our time was spent in The Belgian Cafe where I slurped down as many Hoegaardens as is humanly possible. 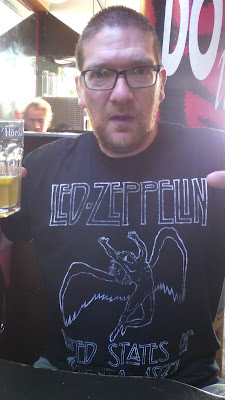 The weather actually wasn't too bad at all and once again we had a cracking time. Although we drunk quite a bit we didn't stay out extra late on most nights as we didn't want to get too mangled and all-in-all it was a great policy as we had 5 or 6 great sessions over the 3 days. 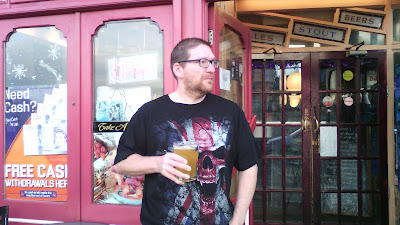 OK, so it wasn't exactly T-shirt weather and I did get some strange looks as I stood proudly outside The Belgian Cafe but it certainly freshened the body and head ..... leading to the ability to drink even more! 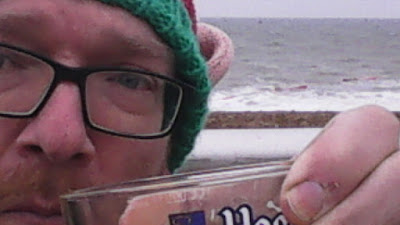 And after the first 2 days of our food and beer assault I was weighing-in at a fatty arse 95.3kg!!

+£242.05. Today was slightly frustrating to say the least. As they lined-up for one of the Irish races I noticed that Peter From Paris looked as though it was about to get an easy lead. At that point I recalled that I was sure that this horse had won me over £1k in a race maybe 2 years ago (see 20/10)

Anyway Peter strides out, I back it and it's bowling along nicely in front. As the race progresses my green starts to look nice, then very nice and then damn good. I stood to win over £7k on Peter who still led turning from home so I held my position in anticipation of a bumper payday. This time around poor old Peter runs out of energy with a couple to jump, still looking to hold every chance, and I lose £20+ on the race. When I look at the Geeks Ladder I could have greened for just over £1K!!! Aggghh I was not too pleased! What a fucking greedy nobber!

+£872.49. I was still cursing yesterdays missed opportunity when I dragged myself out of bed. Sunday's don't usually yield much so I nick what I can but I had a nice surprise in one of the Irish races where someone layed me the wrong odds and I managed to nick a few quid! Kinda made up for yesterdays missed oppo.

+£67.01. I knew that we were heading off to the coast for the weekend so it was just a case of nicking what I could that could be spent on alcoholic refreshment.

So we're just back from a couple of day down in Brighton (birthday treat from the missus) and we had a right cracking time. We did our usual tour of the local boozers (and there's literally dozens to choose from) but we didn't go too mad. We had an early start on Saturday and unfortunately the Wetherspoons was the only boozer that opened early enough! 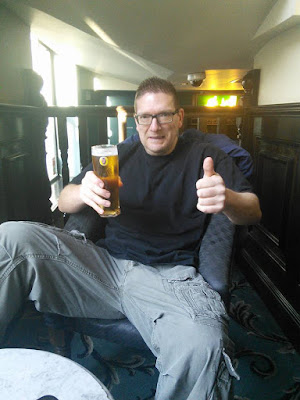 After having a livener in there we marched down the side streets and ended up slurping a couple of pints of Caledonian Three Hop in The White Rabbit. 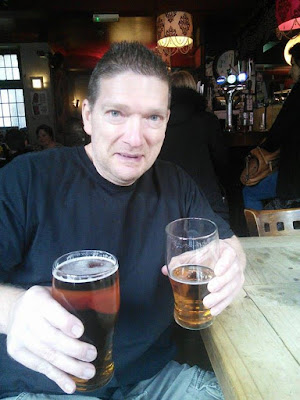 The early morning beers were then  followed by the most delicious burger that I have ever tasted from a place called Burger Brothers. 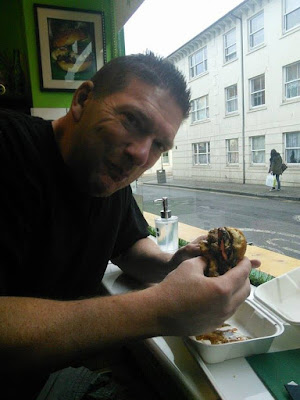 In the evening we hit the town again and stumbled across a wit beer named Camden Wit in The Royal Sovereign. 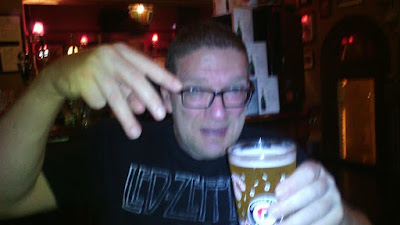 Here I am on my third pint and looking a bit red in the face! In my opinion it might even rival Hoegaarden as my favourite tipple! It was great to sit in a really nice boozer with an open fire going with a cracking pint of lager.


On the way back to the B&B we stopped in for a quick Guinness in The Fiddlers Elbow. 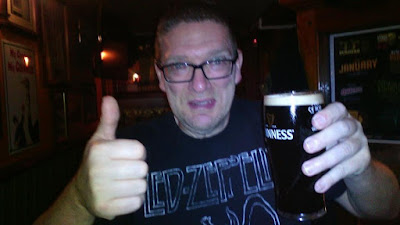 We were up at the crack on Sunday and had a livener in The Pump House. We then decided to stroll along the front and into Kemptown as it seemed a good idea at the time. 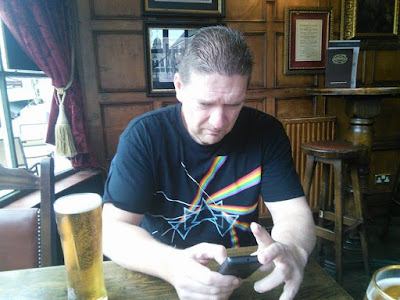 Fuck me it was bitter and it felt as though my lugholes were blocks of ice! We stumbled up the steep stairs from the promenade and into the high street, trying to take our time as we were a bit early for The Barley Mow (opening time 12:00) and my first pint of Hoegaarden. This is the place where I sampled my first ever pint of Hoegaarden, a few years back, and last week I contacted them via Facebook to make sure that it was still being served, to which they replied 'yes'. Well I was absolutely bursting for a piss and luckily The Golden Cannon was already open so we popped in for a quick one. 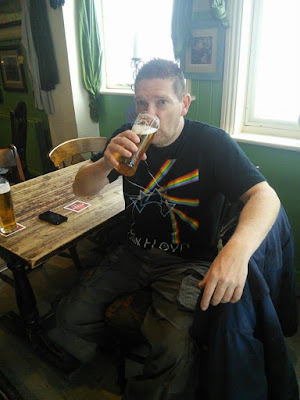 The place is decorated with dozens of pictures of racehorses, jockeys and trainers etc and I think that the guv'nor owns a horse or 2, although I never got to ask him about it. It filled-up quite quickly with regulars and it seems like a cracking boozer with a very pleasant and efficient barmaid as well! We then scooted down to The Barley Mow, I order a pint of Hoegaarden to which the young barmaid replies 'we don't have any!!!'. I couldn't fucking believe it! I asked if they had any other wheat beer to which she replied 'no', so we fucked off down the road to The Hand in Hand for a pint of Hacker Schorr. 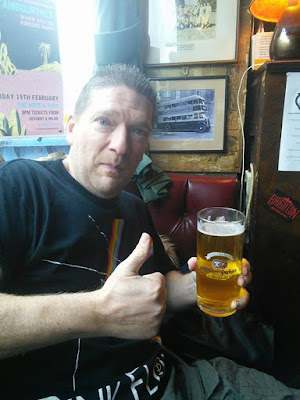 The weather was slightly milder in the evening so we strolled along the front again, this time past The Grand and setup camp in front of the fire in The Royal Sovereign again and slurped more Camden Wit ... oh joy! A fantastic couple of days down in a very chilly Brighton! 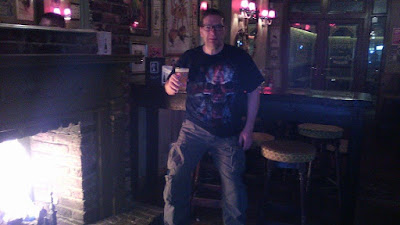 -£51.65. The obligatory losing day where once again we only had the two meetings.

+£195.91. Yet another steady day of trading with my profits bossted by wins on the footy and dogs!

+£431.68. I had a cracking start today and then settled down for some steady trading to boost the profits.

-£78.82. Not such a cracking day today! I dropped over £100 in one race on 2 bad trades in the win market followed by a lousy bet in the place market doh!

+£281.23. Plenty of racing with no spectacular wins or losses added up nicely at the end of the day.