Right time of the year for a bit of a change?


A Very Steady and Consistent November

First of all I'm going to congratulate myself on going through the whole of November without a single losing day. OK I didn't exactly set the world alight in terms of profit but it's still good to have a nice steady month, especially at this time of the year. 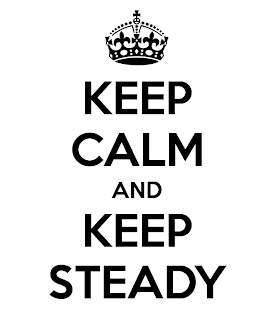 Trading in the Win Market

Some things changed during November. Towards the end of the month I became more accustomed to actually trading in the win market. This happened as a natural follow-on to trading the pre-race market and in most cases I was taking positions early in the race. I only played for relatively small stakes but can definitely see the potential of hanging around in the win market, at least for the first half of the race at which point I have normally exited my position. I then tend to jump into the place market for the last half of the race and this seems to work well although it can be a pain in the ass forever jumping in and out of markets and combining pre-race/early race trading in the win market using the Geeks Toy and then jumping into the place market and trading on Gruss. I further complicated things by having a crack pre-race on Betdaq (Ladbrokes) and this meant that I had even more windows open and at times it just become too confusing. I may persevere on Betdaq this month but maybe only on those days when there are 2 meetings during the day. If they ever get their API sorted then Betdaq will be OK for pre-race trading as the liquidity seems to have improved significantly over the last few weeks. All we need now is a similar level of cash in the market once it goes in-running.

There is some potential to make some small cash in the dog markets and I think that I'm right on top of how the markets move but I just didn't take advantage of the opportunities in November. The horse racing was quite full-on so I didn't really play many dog markets. However, it's good to be prepared for when the weather hits in Jan/Feb. I'm definitely going to make more of an effort to be up and about for the early dogs and also the live dogs on RPGTV Wed-Sun where there is much better liquidity in the markets.

-£27.26. Jumped on the spinning bike for 20 minutes this morning and waved goodbye to the bacon, sausages, cakes and crap that I've been eating recently so felt ready to trade.

So today I spent most of my time trading in the win market. The house was quiet with my lads in bed after a heavy night and the girls out shopping. Played small but steady and made a few pennies until boom! In a nutshell .... youngest boy woke up with the arsehole... caused a big argument .... missus, daughter and kids came in shouting and screaming ... I sit down for the last race and blow £50! OK not a huge amount but it provided me with my first losing day for ages and the right raving arsehole. Needless to say I vented my spleen and had a good scream and shout, threw my headphones and kicked the sofa halway across the room! They seeem to think that I sit here every day for the fucking fun of it? To be honest if I could fuck off tomorrow then I probably would .... 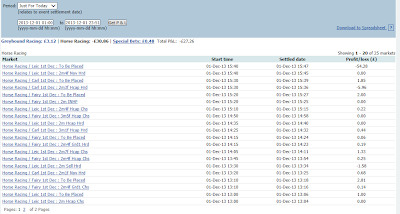 So seeing that it's not the time of year for beer pics in the sun let's have some music this month. Maybe a few favourite tracks or bands. I have loads of goodies lined-up so I'll start with a track/group that takes me back to my youth and a tune that I belt out on the karaoke given half a chance ...


Deep Purple - Smoke on the Water

+£62.89. Woke up in the middle of the night and the first thing that entered my head was that pot of cheese and onion gooey spread sitting in my fridge! Fuck I was starving! 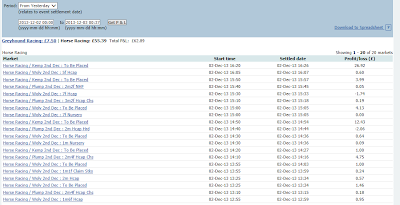 Another one that takes me back to my youth. I must admit that I still haven't listened to a lot of their music but my vinyl copy of this album/track had much airtime in my house back when I was still in school. In my opinion one of their best tracks and they still do it justice 30 odd years later...

+£64.01. Wasn't much on offer today. Tuesday and we were presented with Sedgefield, Southwell and Wolverhampton and loads of races with very few runners, so was quite happy getting any sort of profit!

David Gilmour, probably my favourite guitarist of all time ...

Managed to get to see him on his solo tour back in the 80's and again at the Mermaid Theatre a few years back, but alas never got to see the mighty Pink Floyd (one of life's regrets).

+£109.85. A nice day today where one again I stayed in the win market for as long as possible but most of my profits came from the in-running. To be honest I think that the in-running still has more potential than pre-race .... but Caan may beg to differ. Take a look at his blog as he is posting some very nice profits!

I took some flak from my missus and daughter about my comments on the 01/12. They obviously keep a close eye on my blog in between their hectic days of cracking open cans of Stella/Fosters. If there was money in recycling beer cans I'd be a millionaire! Let's just say that my local off-license is doing very well out of my family at the moment thank you very much! 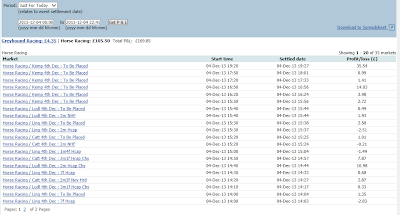 As I've mentioned before, my missus can be a pain in the ass but she did take me to see the one and only Leonard Cohen (fucking Legend) at the O2 but fuck me that O2 arena is fucking high ... and I'm shit scared of heights! Even sitting down I had the overwhelming feeling of plumetting to the ground miles below and after some of the comments I've posted about my missus on here I was seriously worrying that she was a) trying to give me a heart attack or b) even possibly about to trip me over the edge. Apart from the height it was a fabulous night ....

+£70.65. I was called up for baby sitting duties for my 18 month grandaughter so had to juggle trading a few races while making sure that she wasn't turning my amp up to max, turning the TV on and off, trying to pull the flap off my CD player, smashing my camcorder, pushing the Sky box off the shelf and shitting her nappy. I just about survived.

As for the racing, well I fared OK again over the jumps and stayed mostly in the win market. Unfortunately I nodded off briefy before the last race at Wolverhampton as I was SO tired and then managed to lay the favourite (which was good) and in my attempt to take a small red in-running I managed to back it back for too much using that fucking useless poxy greeen-up button. Obviously it got well beat so my original click was a good one ... DOH! 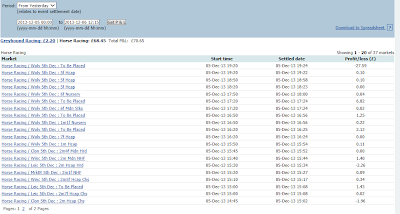 Call me a philistine but I'm not the greatest fan of Eric Clapton. However, when I first heard this track, especially the live version, well it blew me away. Love it ....

+£94.75. I was really keen to get cracking on todays racing but never really got going and had to settle for some small wins. I'm still amazed that so many races have small fields ... where have all of the fucking horses gone? 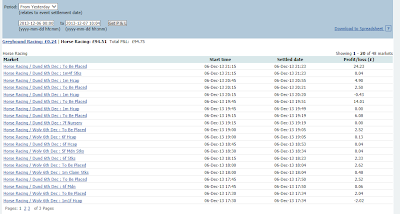 If you're in a chilled mood and have a bottle or 2 of wine handy and a fine woman to share it with then stick on some Black (Colin Vearncombe) and just chill baby .....


Apparently my missus has taken offence to some of my ealier comments and is planning to compile her own blog in which she intends to vent her spleen and shoot me down in a ball of flames. I'd better get that 'Blogging for Dummies' ordered so she gets it in time for Xmas ... 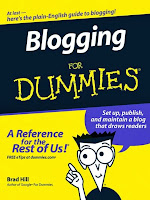 +£110.92. I REALLY enjoyed trading the races this afternoon. I've mentioned before that Saturdays don't usually provide me with the sort of profit that I'd expect from the busiest day of the week. However today I pretty much stayed in the win market all day and actually traded as opposed to backing/laying in the place market! 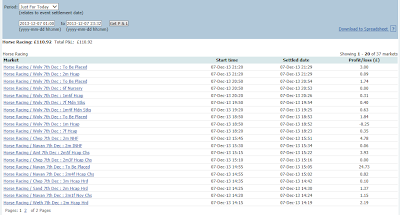 I have to admit that I only recently watched the film 'Quadrophenia'!! Yep how did that one slip under the radar? Well to be honest I'm not a fan of The Who, but the ending scene and the music, especially 'Love Reign O'er Me' is fantastic, especially as it's filmed in Brighton (and remember that I hate heights) ...

+£47.11. Another enjoyable day. Not huge profits and make a few novicey mistakes (well I am new to trading in the win market) but a bit more exciting and involved than the way that I normally play. 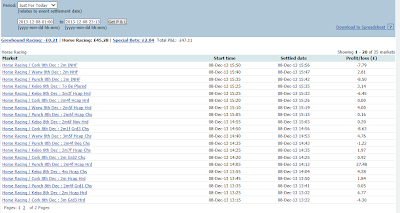 The best thing to ever have come out of Newham! Up the Irons! ....