+£14.66. Most people who trade pre-race have heard about, or even experienced, the antics of the so called 'Bomber'. The Bomber is a person, or possibly group of people, who suddenly appear in the market with an order that dwarfs the available money on either side of the ladder. So for instance, you might be trading a 5F Class 6 race at Wolverhampton and all of a sudden £10k appears in the queue. Well recently I've noticed what appears to be a new Bomber in town and his antics can only be likened to that of an indecisive kamikaze pilot, not knowing whether to shoot, dive, drop bombs, circle around or just fuck off back to Japan! Lumps of cash appear randomly, most of the time on the back side. Sometimes it's left there to be taken, sometimes it hovers about 2 ticks away from the action, sometimes it's moved down to the front of the queue and every now it gets moved 5-20 ticks maybe, depending upon the price, and snaffles up all the available. And sometimes it just disappears! 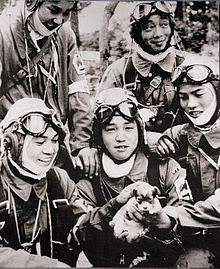 I spotted this bunch of guys hanging about outside the 'Canary Wharf Betting Exchange' last time I visited so maybe they have something to do with it?

Joking aside he/she/they are a pain in the ass until you suss out what the fuck they are up to, then hopefully you can join in and take the monies? Accordingly I found the early races today hard to play and felt knackered (probably due to a massive sugar overload/crash) following the consumption of a huge but very tasty Father's Day cheescake yesterday, so decided to take an afternoon nap instead

+£35.01. Couldn't really get going today and for some unknown reason found the markets to be a bit tricky. It was the first day of Ascot and the liquidity was high but to me it seemed as though the turnover was generally slow and then all of a sudden the price would move a tick and if you had to scratch then you were at the back of a big queue. Maybe it was just me who found it a bit tough?

I'm recording my trading with Camtasia when I can and I'm going through these in the evening or next morning just in order to spot where I go wrong and maybe notice things that I missed. I think that this is a great practice as it allows you to analyze the market moves after the event and you do pick-up quite a bit that you may have missed when actually trading.

+£76.76. Had a right mixed bag of results today and some races left me scratching my head as to what the fuck was happening! I had a string of races where every time I entered a trade the market would immediately move against me! I should have recorded some of todays trading but it was so busy that I didn't have time to fuck about with Camtasia.

Just sipping on an ice cold Hoegaarden and I might even watch a few of my previous recordings as punishment for fucking-up so many races today.

+£56.26. Another day of mediocrity. Actually started the day by doing some physical work for a change. I had the opportunity to get some block paving for free so made 3 journeys in my truck to pick it up. The only downfall was that I felt knackered in the afternoon and pretty much lost interest in the racing ... not very professional I know.

Anyway it'll be a short day tomorrow as I'm off to see the one and only Leonard Cohen at the O2. Really looking forward to seeing the old guy but not looking forward to sitting way up high in the O2 as I'm afraid of heights! Can't even have a beer or 2 beforehand as apparently he does a 4 hour set! ... not bad for a 78 year old eh?

+£2.60. Had a cracking night at the O2 but fuck me our seats were well high! I really don't do heights and I was shitting my pants even when I was sat down, it was SO fucking high and steep! If I ever go to the O2 again then I'll pay the full whack and sit at the ground level!! Was a great concert though and really enjoyed it ... Cohen was fantastic!

+£27.97. Had a little party for my 1 year old grandaughter today so got involved in the Hoegaardens early doors and therefore trading was limited. Should really have stayed away from the screen as it can easily go tits up after a few beers, but I dabbled here and there and came away with a tiny profit.

+£38.13. Didn't really have much enthusiasm today and did very little in the way of pre-race trading. Ended up nicking a few quid but nothing to get excited about.

+£4.11. Wasn't able to play the daytime racing but had a stab at the evening racing. Upped the stakes in the pre-race trading (actually had a liability of around about £1k in one race) but won a bit, lost a bit and then repeated this process over and over again.

Looks as though we might get some nice weather this weekend so will probably fuck off to the coast with my bike, drink loads of Hoegaarden and Fruli, have sex with the local women, get sunburnt and forget about this racing bollox! (much the same as what happened around this time last year actually!).