OK. I've served my apprenticeship in this pre-race malarkey and now it's time to win a few shillings. I'm starting to grasp how the markets move and react in certain conditions so now I need to up the stakes and start getting involved!

PS It's my birthday today!


I'm burying myself practically 24 hours a day in watching how markets/selections move and thinking about the reasons that cause these moves and subsequent reactions. I literally plonk myself in front of the PC with a cuppa in the morning and just watch markets move. Then in the evening I do the same, but maybe with a Hoegaarden instead of a brew. Then when I hit the sack I don't spend hours making long, hot, passionate and totally fulfilling love to my wife (even though she's always gagging for it!) ... 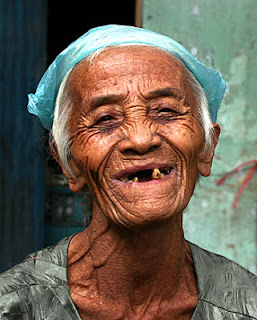 .... oh no, I lie there thinking about price moves and graphs and how to win loads of cash! 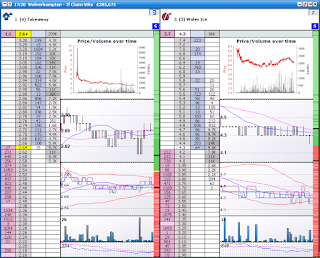 I've recorded most of the races where I traded today. So it's off to the TFF webinar for a couple of hours followed by a marathon session watching my performance today and seeing what I did well, where I went wrong, and looking for more opportunities.

I've been drinking tea and watching endless recordings of my recent trading sessions. It does fry the old brain cells somewhat, but it's good when you start spotting things and learning how to react to certain moves. I suppose it's a bit like the in-running where there's no real substitute for time spent watching thousands of horse races.

My P&L is still looking like a bag of shite as I'm still only on relatively small stakes but I'm moving up another level today, so if all goes well then I should be playing with decent stakes by the end of January.

Blimey it's freezing out there today!

Tried to get stuck in yesterday but really didn't play that well. However, I did record most of the races and spent a good 4 or 5 hours last night just watching the markets all over again and spotting the opportunities that I missed. In most cases I was just a bit too slow to react and I've also found that I've pretty much abandoned scalping altogether, which is not a good idea. So today I'll be looking to be more decisive and speedy, so we'll see how it goes and I'll report back later this evening ....

Fuck my old boots it's even colder than yesterday! Traded Lingfield AW and Newbury yesterday and fell into the old trap of trading Newbury the same way I would trade the AW ....WRONG! I find that the markets are completely different, so you have to trade differently!


So it was back to watching my screen recordings for the day to see where I went wrong and work out a way to trade these differernt types of market. I noticed that there seemed to be fewer spikes in the price movements and less movement in general. I also noticed that any moves seemed slower but maybe stronger, in that there were less reversals of any note. So in general the markets at Newbury seemed to be much tighter and stable, which is no surprise really as the racing is much higher quality and therefore the form is more stable.

How time flies since my post back in February 2012 titled 'I Fucking Hate the Winter!'. As if it wasn't hard enough already this poxxy snow, ice and rain looks set to fuck the racing for the next few days. Two meetings have survived today so we'll have to see if we can pick up some scraps of cash in order to pay the gas and electricity bill!


The good news is that Steve managed to get me a copy of 'Trading in the Zone', and judging by the first 40 pages it's going to be a cracking read and provide some much needed help in changing my psyschology and how I approach trading.