The sun is hanging on in there!

So that was a pretty good Summer weatherwise wasn't it? I managed to get away to the coast quite a few times and a good time was had by all! In fact it seemed to go pretty quickly, although it has to be said that we're clinging on to a nice bit of weather, so hopefully that makes the winter months a bit shorter and therefore maybe a bit more bearable?

And I always remember to pack my suncream, unlike this poor fucker who must have hurt like crazy!! 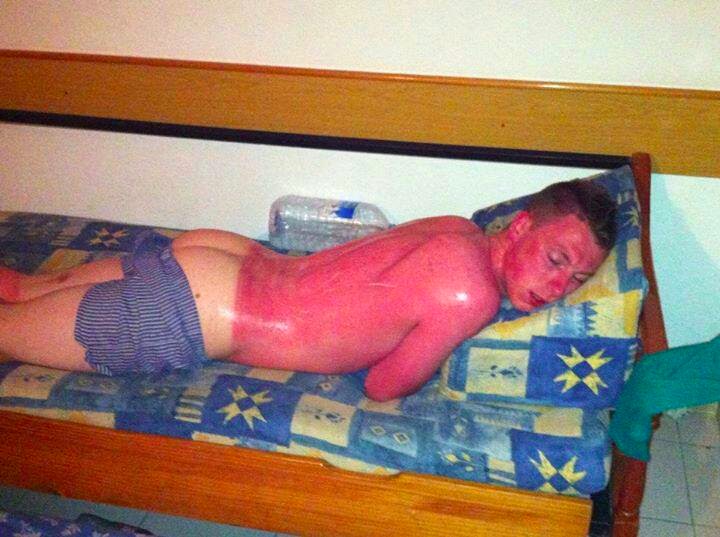 As I type it's only 10 weeks to the shortest day, and then we start heading into the summer again yeehah!!

Unfortunately we're now heading into the gloomy winter months where it gets fucking cold, miserable and the racing is generally threadbare (although I know that a few out there much prefer the NH).

To be quite honest I don't really have any plans for the winter months so I need to get my arse in gear and set a few goals. In fact that last statement is a load of bollox! I know that I want to get myself in great physical shape, do more reading, practice more on the guitars and maybe even do some general DIY tasks that I've had on the back burner for months/years. I just need to get myself a bit more organised ...

+£96.13. Another day where most of the profit came from two races on RUK

+£112.13. It's always good to get into three figure territory, especially at this time of the year where the racing is starting to become a bit thin on the ground. I only managed to trade a handful or races so the result wa OK'ish ...

+£101.96. Had one of those days today where I was slightly behind after about 3 hours of doing practically nothing. Then fortunately a couple of medium sized wins saw the total go just over £100.

+£199.50. Just another one of those ideal nice steady days where the profits soon add-up. These are the sort of days that I aim for and with a slightly increased entry point I could easily hit £500+.

-£33.33. It's always disappointing when you have a losing day although as stated before they are going to happen and the main thing is to keep them low. It was a Sunday and I traded fuck-all races so it wasn't an enire surprise really ...

+£60.39. A pretty boring Monday (and there's 5 more months of those to come) and I suppose that the only real positive was that I covered yesterday's small loss ...

+£153.28. I had a rare clean sweep today with no losses! This really does make a difference as you feeel more comfortable as you are trading and I suppose that you feel 'in the zone'. I probably only traded half of the amount of races that I was trading on a typical day in the summer months so I suppose that £100+ is not such a shabby figure for when there are less opportunities.?

+£17.62. A very peculiar day today where I started quite well and then managed to give it all back in the late afternoon and early evening! I don't think that I took my eye off the ball and it was probably just a case of running into a few trades that didn't go my way? As my missus mentioned 'winning £17 is better than losing £17!'.