Over the last 6 months or so I have experienced both the highs and lows of personal relationships (and I am sure that there is more to come). The highs have made me feel young again, energised, happy and full of optimism, but the lows have completely fucked me off and on several occasions have affected my trading. 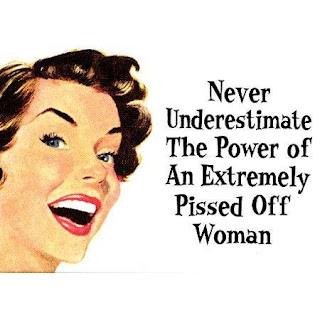 I've mentioned before that to trade effectively you have to be able to sit down at your desk before the first race with and clear and positive mind. If you are pissed off or have a shit load of grief and worry floating about in your noggin then it's going to be damn hard to apply the necessary concentration to the task at hand.

This blog had kind of reflected my state of mind on pretty much a daily basis since I started it back in 2012. It's become my daily diary of all things trading, drinking and general shenanigans. However, in the last 6 months it's become a right boring thing to read and I fully realise that no one wants to look at a list of someone's P&L!

But now the sun is shining and we are approaching that time of year where there will be more races per day and therefore more trading opportunities. Yes my vindictive soon to be ex missus is still being a bitch from hell but I refuse to let her drag me down anymore. It's time to jump back aboard the fun bus and enjoy life. 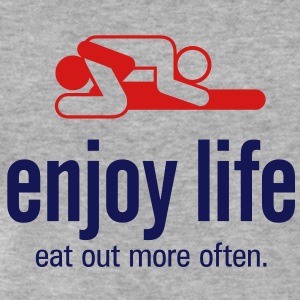 PS I'm hoping that the top figure is a woman!

So it's back to the old style of blogging. I'll still be posting my P&L but I'll also post pics and stories of drunken nights out. Additionally I'll be helping people where I can by giving advice and maybe posting a trading video or 2.

I didn't bother trading any of the races at Doncaster as the live video was miles behind. To be honest I've always struggled there, possibly due to the large fields, making it hard to spot the colours. The fact that it is a straight track also doesn't help matters when trying to determine the actual position of the horses, especially when they switch to a head-on view. If you don't like trading at certain tracks then just give them a miss and maybe just watch the races to see if you can spot another angle/opportunity.

I've decided that I'm going to have a couple of weeks of keeping my lardy arse out of the pub and smash the gym instead, eat healthily and lose some weight. Therefore I don't have any recent pictures of me slurping down a beer or smoking a joint. So in true Facebook style here's a picture of my dinner ... 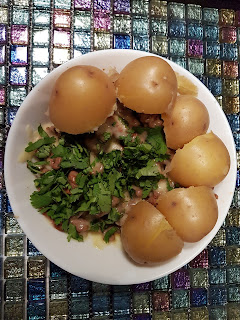 +£171.64. Sunday today so only managed to trade 24 races but it was a steady effort with only 2 small losses which amounted to less than a tenner. Some of the in-running markets were strangely quite volatile so it sometimes paid to sit well outside the current range and catch one or 2 inexplicable spikes as they happened. You don't always have to be right in the thick of the action to make it pay 😎 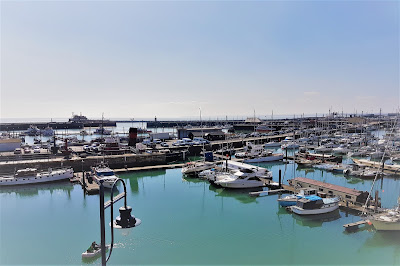 I hit the gym this morning for another good session and came home to this view 👀 This is what I can see from my balcony and it gave me the inspiration to knock out a few sets of 15 press-ups (done 300 in total today as I type) just to burn some extra calories. In fact it was an absolutely fucking gorgeous day with plenty of sunshine. I might even manage to get a suntan this year!

+£80.97. I missed the first 90 minutes or so of racing as I was dealing with admin shit so to be honest I was quite pleased with nicking £80 especially as I only traded 9 races. The fact that I'm eating clean and staying out of the pub also means that I'm spending fuck all and that tends to help the bank balance somewhat 😇 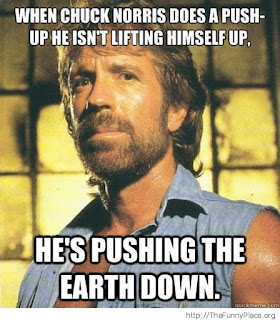 +£44.52. Only 2 meetings today and I got off to a poor start by chucking away £55 when I had finger trouble and clicked on the wrong horse! 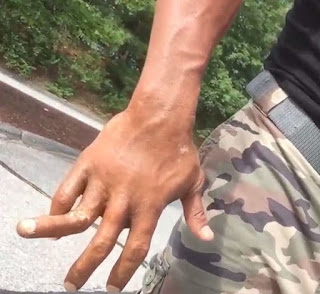 I was like 'WTF did I just click!'😧😧 When this sort of thing happens you just have to call yourself a fucking idiot, punish yourself by getting down on the floor and busting out some press ups and then calm down and crack on. At the end of the afternoon I had only traded 14 races but managed to make it back into profit so all was good 😅

The diet and training are going very well so instead of going out for a gallon of beer I decided to stay in and cook some chicken and drink Black Cow vodka, which I must say is fucking sooper smooth and sooper delicious! 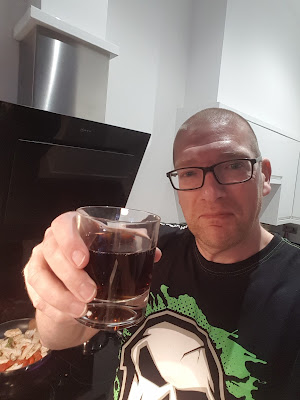 -£43.17. It's a right pain in the arse when you are going along nicely and then run into a losing day, no matter how small. Even after all of these years there is still an urge to cling onto a winning run and this affects how you trade. Winning and/or losing shouldn't even be on your mind when trading. The only thought that you should have is 'trade effectively' and 'do I still have enough vodka?' 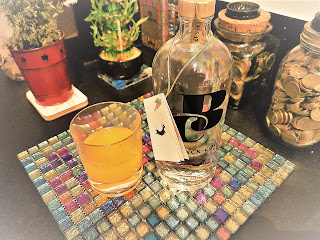 +£73.56. One of the key factors in this game, that I can't stress enough, is not to focus too much on how much you are winning or losing on any particular day. As I come to update the blog tonight I had NO idea of how much I had won. I knew that I was in front but didn't know by how much. If you are forever looking at your balance then you will never succeed. Obviously if you are having a bit of a disaster on any given day then you need to take a break, have a large vodka (NOT) and start afresh with maybe more of a cautious approach so as to regain the winning thread, even if this means winning tiny amounts.

As for Ramsgate and my flat .. well it's a totally different way of life, especially when the sun is shining as it was today, I sat out on the balcony for a while and got slightly burnt but fuck me what a life! This is what I wanted all of those years ago and now that I have it ..... fuck yeah!

£125.51. I had a fantastic day with some of my family today and we spent time laughing, chatting, eating, drinking and watching 2 of the grandkids having great fun down on the beach. When they scurried off back to London I managed to squeeze in a few races late afternoon/early evening and was pleasantly surprised when I saw the total 😄

+£269.48. Grand National Saturday today and it felt like one of those days where everything was easy. These days don't come around too often and to be honest I was slightly disappointed when I looked at the total as I thought that I'd won more! I probably should have gone through the £300 barrier but the evening card at Wolverhampton was a fucking nightmare and I won less than a tenner over the course of the 7 races!

+£4.26. I quite fancied my chances of winning a few quid today as I tend to like the Irish markets but alas it was not to be 😕 I traded 21 races and all I managed to do was lose £70 early on and then gradually win it back with the odd fiver and tenner here and there ... strange old day 😶

+£18.14. I was up in London overnight and got back in time to trade 5 of the early evening races from Tramore. Looking on the bright side £18 buys 3 pints of Hoegaarden and leaves 74p change 🍺🍺🍺

+£47.18. I totally misjudged the finish of a race at Pontefract and threw away £105 in the early evening but apart from that error it was quite steady day.

+£14.85. I was looking forward to nicking a few quid in the Dundalk evening meeting but managed to blow £120 in 2 races, which was a bit of a shock and was therefore quite lucky to finish the day slightly ahead.

I popped up to London today so didn't trade ... 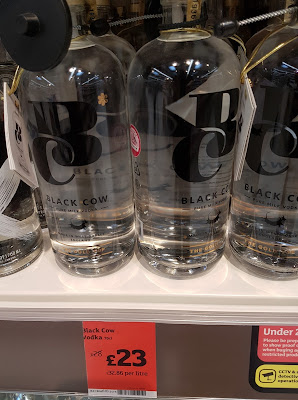 ... and a few Black Cow vodkas which slipped down very nicely, especially after I had picked up 2 bottles at Sainsburys at the knocked down price of £23 each 🍸🍸🍸

+£282.84. A Saturday where a day of small to medium regular wins soon added up nicely.

+£172.37, I didn't have the time to trade all of the races today but a couple of nice wins helped me reach a decent total

+£107.17. I plodded along a bit in the afternoon but then the evening was pretty stagnant. The racing does seem to be nicely spaced out at the moment so the days are not feeling too frustrating or boring. I fill the time with washing, cleaning, sweeping, etc, but hopefully as the weather improves I'll be doing more sunbathing and maybe a tad more drinking 🍺🍺🍺 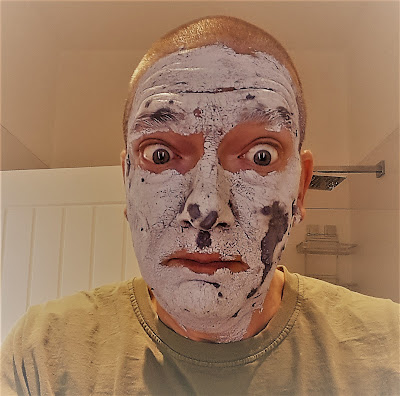 Following some impartial advice I decided to attempt some beautification on my old, wrinkled and stressed boat. Still not too sure whether it made any difference!

-£19.50. I traded a few races today but was up and down like a fucking yo-yo and never managed to make any headway ...

+£3.19. I was hanging from a bloody fantastic night out last night so after trying to trade a couple of races I gave up and went to bed! 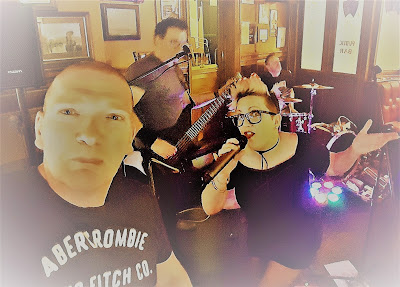 +£80.54. For some strange reason I only managed to trade 9 races today and I got caught well and truly with my pants down early doors when I lost £160 in one race. Fortunately I kept things sensible and then managed to win £170 a few races later so it was a relief to finish in front for the day.

-£87.50. I made the mistake of having an early afternoon snooze and then jumping straight into trading before I had woken up properly and dumped £120 in the first race doh!