This is Where it Went Tits-Up Last Year!!


August was probably my best month since I started trading from home. It was probably due to the volume of racing, although I did take quite a few days off. I'm really not too sure how September will progress as this is about the time that things started to go a bit tits-up last year (or tits-down as seen below). 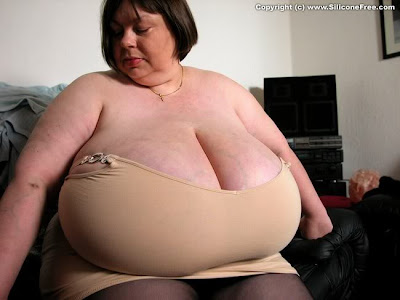 Ideally I'd like a repeat of August, but as the volume of racing dwindles I'm not too sure whether or not this will happen

I'll probably start trading the dogs in the evening when the horse racing finishes, and to be honest if I can make maybe £300 on the greyhounds during September then that will be a start. 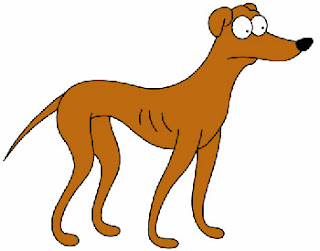 I'm also going to have a crack on the football as I think that I have quite a unique strategy, but I'll only know if it's any good or a pile of shite until I try it out on a few matches.

+£52.22. A fairly typical Sunday with not a lot happening. Had a small crack at the greyhounds but didn't even manage £1!

-£71.94. Was out of bed early to do some bricklaying down at my mum's house, so come 12:30 I was knackered and decided to have a snooze. Woke up seconds before the first race, rushed downstairs, logged-on and immediately lost £105 backing a horse that was falling out the back of the TV ... yep I was looking at the wrong colours .... DOH! Spent the rest of the day chipping away and then knocked-out anothjer £105 backing a 1.01 that got beaten! Was not too pleased ... until I layed one falling out the back of the TV (someone else got the wrong colours!).

+£116.61. Started well today and then slowed to a halt in the late afternoon but managed to get past the £100 barrier so mustn't grumble.

+£52.56. Carried on with my bricklaying down at my mum's house (pictures to follow when my little wall is complete) and boy was it hot! My diet has gone pear shaped over the last couple of months and I was sweating like a fat bastard and felt like I was being cooked in a microwave! Got back home for the start of the racing and just plugged away through the day with no spectacular highs or lows.

It's going to rain tomorrow so I'll have a crack at the early dog racing to try and catch Caan who is doing an interesting dog challenge over at The Geeks Toy forum.

+£83.98. Had a little crack on the morning dogs and to be honest I was fucking useless! One of my favourite sayings is ' as much use as a chocolate teapot' and that's how it felt.

Now at this point I went off searching for a pic of a choccy teapot, but they were all pretty boring. So then I though 'slit wrists' (that's how I felt halfway through the day!), as you do, and I stumbled across this little beauty, which kind of makes up for the pic above. 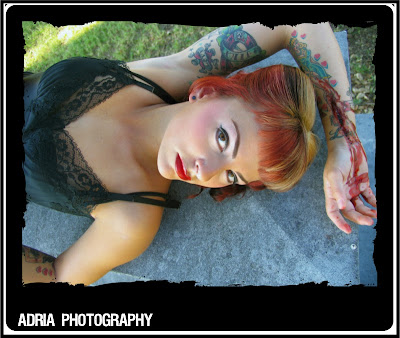 Hands up if this gave you a stiffy? (neck that is!).

I pretty much realised where I was going wrong, but similar to my early pre-race horse racing days I'm a bit slow to adapt! Unfortunately my pre-race horse race trading was equally pants and after at least a couple of races I wondered how the hell did I manage a red when the signs were so obvious? Fortunately my IR trading wasn't too bad and I managed to nick a few quid.

+£107.25. Strangely enough Sunday (today) proved to be a lot better than Saturday. Should have really pushed through the £200 barrier but played cautiously, yet again, and took 1 or 2 small greens where I should have let it run a little bit longer.

+£103.82. I've once again turned into a lazy fat bastard so I'm going to hit the exercise/diet regime again, but this time I'm going all the way down to 80kg, as opposed to the 90kg that I reached earlier in the year.

Caan over at Trading a Profit has also mentioned the importance of diet, exercise and staying sharp but I've yet to see any videos of him strutting his stuff in his boxers!

If anyone wants to join me then feel free! You can monitor my progress here.

-£6.41. Have picked up a cold from my missus and have felt like a sack of shite for the last 2 days so just looking for a stress-freee steady day today.

Well there was good and bad today. The bad was that despite playing cautiously on the horses I still managed to lose! The good point was that I finally got a grasp of how to trade the dogs after fucking about for a few days.

+£4.12. Had a crack at the early dogs and did OK for small stakes but then threw away £105 in one of the early horse races so had to battle all day to get my head back in front. Dissapointed about my fuck-up on the horses but the greyhounds gave some promise for the future.

+£52.35. Had a steady kind of day with no great wins/losses Would have liked to have traded more dog races but was doing loads of housework so didn't have the opportunity!

-£44.39. Friday the 13th and couldn't really get anything right today. Felt like I had more losing races than winning ones and maybe should have just packed it in come mid-afternoon as I was going nowhere fast. Still feeling like a bag of shite but hopefully on the mend and back on the exercise regime tomorrow if I'm OK

+£67.99. Got a bit more involved today but was up and down in the early part of the day and felt quite frustrated. Persevered and gradually chipped away a few quid.

+£53.31. I traded 37 races today without a single loss. OK I didn't win that much but it certainly boosts the confidence, especially the pre-race trading, when you get a day like this!

-£5.42. Threw away another £105 early in the day backing another short priced loser ridden by a lanky, spotty cunt of a jockey over in Ireland (had to get that off my chest). Then spent the rest of the day getting it back.


+£45.01. Felt that I traded OK today but noticed that I lost over £30 pre race trading at Kempton where I just couldn't get a handle on the markets.

+£67.46. Traded OK again today but struggled again at Kempton. One of the problems that I have is trying to understand where I go wrong in the pre-race phase, so I'll fire-up the screen capture software tomorrow and start sticking up a few pre-race vids.

-£39.72. Had a fucking useless day today! I tried to be clever in one race and that backfired and my pre-race trading was fucking useless! I'm concentrating too much on scalping when it's obvious that the bigger profits come from swing trading so I'll be looking to concentrate more on identifying possible swings and jumping on board ... and posting a few more vids of me generally fucking things up!

+£183.24. Had a good day today and should possibly have won a lot more but tended to play cautiously as I passed the £100 mark and missed 1 or 2 futher opportunities (the main one being 'Louis The Pious' @ 7.0 to be in the first 4 as he came crusing through in the Ayr Gold Cup!).

Monday's are usually the worst day in the week for trading due to the low number of crappy races so it's going to be hard to string three £100+ days together .... but I'll give it a go!

+£13.27. Never really got going today. Didn't feel as though I missed any opportunities, it just felt as though the opportunities just weren't there. I've had these sort of days before so I know that it's just a case of accepting it and cracking on.

+£78.35. Didn't really get to trade that many races today and it felt quite similar to yesterday in the number of opportunities that I spotted. I didn't really get involved in much pre-race trading either as I was helping to provide some feedback for Jack over at TFF. He is in the process of completely re-structuring his TFF program and he has so much really good information that it's unbelievable. Keep an eye on his site as I think that he's going to launch his new offerings towards the end of the year and judging by what I've seen and heard it's going to be the mother of all pre-race trading packages.

I'm out on the piss tonight at an old firm re-union so the diet might take a bit of a battering!

+£100.37. Finished the UK horses at 21:20 and after the last race realised that I was just a few quid short of the £100 mark. I thought 'bollox to this I'm going to have to win the last few quid on the dogs'. So traded some of the late dog races and ended up on about £96 for the day, so thought 'bollox to this I'm going to have to have a small punt on the USA horses'. Gambled £2 to win my £4 in a race at Belmont and although it was the favourite it got stuffed. So now I had to back something to try and win £6. The lucky pin landed on 'Badstormrising' in the first race at Penn National. I rode him home from my seat like Lester Piggot on steroids and he came storing down the straight to land my much needed £5.71 and send me flying into 3 figure territory!

+£101.05. Quite a busy Saturday and didn't get much chance to get involved in the pre-race game. As like yesterday I ended-up on about £80+ quid so I traded the evening dogs which then saw me just short of £100. Once again I jumped into the USA markets and chucked a couple of quid on the joint favourites at Belmont and they finished first and second! The winner, named Coriander (yummy in a curry), was assisted by my strong urging into the home straight from the comfort of my chair and I was pretty stylish even if I say so myself!

During the day I thought I'd do a quick video explaining my current thoughts about the merits of identifying and trading a steady move as opposed to scalping. It may be bollox, but I think it has some merit.

+£67.54. Made fuck all until the last few races and also had a crack at the evening dogs.

Watch me predict the future from 02:00 onwards in this video and see the outcome at around the 05:20 mark. I'm like the male version of Mystic Meg!

+£103.35. Didn't get out of bed until late and jumped on the spinning bike. Felt knackered after a few races and as I'd had a couple of early wins I kind of took my foot off the pedal and ended-up doing the household chores and accidently missed a few races. Couldn't really be bothered getting involved in the pre-race markets so no videos today.

The volume of racing starts to drop in October so I'll be making much more of an effort to trade the dogs in an attempt to make £300 (£10 a day).

So let's see how it goes in October.