Some Fucker Nicked My Toilet Roll!


In my quest for a super chiselled body I've taken to walking instead of jumping in the car every time that I need to go somewhere. My local Asda is only about 1 mile away so with the recent nice weather I've grabbed the opportunity to do plenty of walking to and from Asda with my shopping in my small backpack. Sometimes I take a detour via the local parks to extend the journey and burn even more calories.

So there I was last Friday hunting out the bargains in my local Poundstretcher when I spotted a shed load of toilet rolls for £5 ..... what a bargain! I had already loaded my backpack with nutrients from Asda and had another plastic bag with Wagon Wheels and Penguins etc for the grandkids so it was convenient that the packets of bog rolls had little plastic handles. 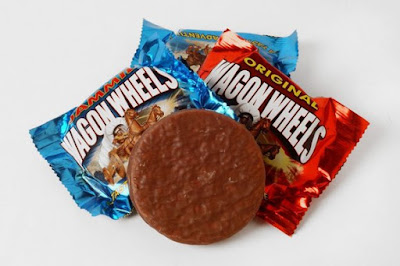 So armed with all of these goodies I strolled across the car park to Home Bargains to get some crisps for the missus. When I got outside I had to hoist my heavy backpack onto my back so I plonked the loo rolls on the shopping trolleys and put my plastic bag on the floor. After successfully loading up I trudged home carrying the 20kg of shopping. It was only later in the day that I realised that I'd left the fucking toilet paper on the trolleys! I was gutted that some thieving bastard had probably legged it off with my bargain £5 buy! On my next visit to Home Bargains I asked if anyone had handed in my loo roll and obviously they hadn't ... gutted! 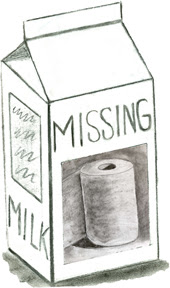 -£111.70. I had a poor start early doors as the market went violently against me in an AW race at Lingfield and then I backed O'Faolains Boy to place in The Gold Cup when Cue Card fell, only for it's legs to fall off after 2 out! So pretty pants really .... 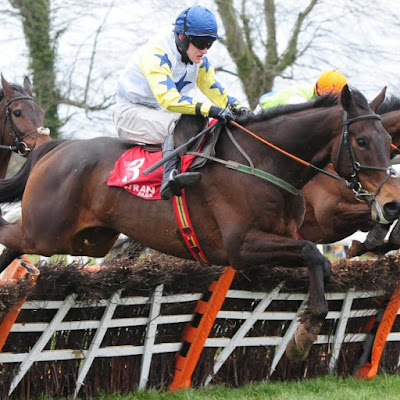 +£343.56. Buoyed by yesterday's success I charged into the markets today with renewed vigour and had a cracking day. I played more aggressively and despite a few losses I did quite well.

-£11.68. I tried to continue my aggressive strategy today but it was a typical Monday's racing and opportunities were few and far between. I probably would have made a small profit if I hadn't forgotten that I had pressed the pause button on my Sky remote control and therefore in one race on RUK I was watching pics that were about 40 seconds behind what was actually happening!

I decided to venture out for a few sherberts in the evening. Monday night is karaoke night in my local so I thought that I would break my curfew and test my reaction to a couple of beers. In fact I had four pints of Carling and didn't feel too bad at all. Unfortunately the beer eroded my discipline and I smashed into the Wagon Wheels and Penguins when I got home!

At 106 calories per bar you can do some serious damage to the daily calorie intake .... and I certainly did! I'm not too sure exactly how many bars I scoffed but it was quite a few!

+£138.49. I jumped on the scales this morning fearing that I'd gone back up over 85kg and much to my surprise I was at my lowest weight for over 20 years at 83.7kg!! Seems like I have discovered a new way to lose weight .... drink Carling and eat Wagon Wheels and Penguin bars!

I did a Google search for 'Carling Pissed' (to find a suitable picture) and hey presto I scrolled down a page and came across this pic from back in October 2013! 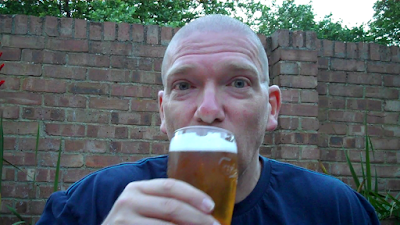 +£29.33. Today was a day of 'what could have been'. I noticed that Back By Midnight was about to poach a crafty early lead in the 16:00 @ Haydock so I stuck a few quid on and then traded out a bit just before the start. BBB did in fact jump off in the lead and as the price tumbed I started to phase out my position. However, the suspend monkey wanker at BF hadn't turned the race in-play and then decided to suspend it after a few furlongs, so I was left with just over £100 on BBB at 11.0 +. Now this beast was cruising along nicely in front but as they turned for home instead of kicking on the dopey cunt Nick Scholfield sat like a fucking statue and let the 2 challengers, both being driven like crazy, go bowling past. With stats like this I shouldn't have been surprised that he was so fucking incompetent ...

I pity any of the poor fuckers who might have decided to have a fiver on each of his mounts over the last 5 years!

For a second I thought that the horse must have gone wrong as he was making no effort. Then jumping the last he decided to start waving his arms about a bit and drove BBB up the backside of the one in front, before switching out and rallying near the line to finish a fast closing 1/2 length second. So instead of winning over £1K I did over £100 all because of that dozey fucking useless wank jockey Scholfield. 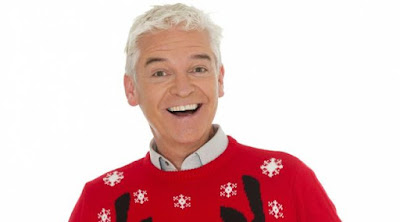 I'm not lying when I say that this guy (see above) could have got the horse home! So a word of warning .... Scholfield is crap!

And now a picture of Holly Willoughby ... 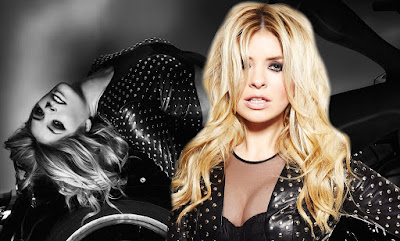 -£33.96. Only the 2 meetings today and I played everything incorrectly and somehow managed to lose! To be honest my concentration levels were super low as I was fucking about with other things during the racing. Poor effort really!

I've picked up this annoying cold so my training has taken a back seat and my diet has come completely off the rails! Fucking Penguins and Wagon Wheels Grrrrrrrrrr!!!!