I've realised that my life is pretty boring when I'm sitting here trading all day long instead of sitting in a pub or bar (preferably down the coast in the Summer). In the last few weeks I haven't been naked in public, haven't seen any fights or tranvestites, haven't chatted to any strange pissed people at 02:30 in the morning and haven't indulged in several pints of Hoegaarden starting at 09:00 and ending at 03:00. Now I'm not complaining, but it's the first time that I have realised that there's a stark contrast between the Summer and Winter months, in terms of social interaction and enjoyment.

Anyway, it's only 9 weeks to the shortest day and then it's head down, Summer here we come ...

Most of my leisure time has been spent down the gym doing Pilates, Yoga or in the weight room. I've also been jumping on the spinning bike in the evenings in-between the racing. I'm pretty much focussed on getting into real good shape for next year's assault on the coast.

It's a sad life when the best laugh you've had is in a Yoga class. Last week I turned up as usual, rolled out my mat, lay down on my back, closed my eyes and relaxed as deeply as possible, as you do before the class starts. The instructor put on the soothing music and then said 'now slowly raise your arms above your head and stretch', which I did. Then I kind of sensed that something wasn't quite right. I opened my eyes to discover that I was the only fucker lying down, right in the middle of the studio, and everyone else in the class was standing with their arms stretched out above their heads and gazing at me in the mirrors wondering what the fuck I was doing stll lying on the floor.

At the moment it feels as though my trading is on a gradual improve. The super PC is about to hit so I'm trying to gradually increase my stakes to counter the fact that BF are going to rape more money from my account every Wednesday. The positive thing is that I feel that there is plenty more potential still in the markets and that all I need to do is to continue on the upward trend in order to make more each month!

So keep it simple: find a strategy, enter when the signals are right, don't chase, bail out ASAP if what you're expecting to happen doesn't happen, and if you go green then phase out your position in order to maximise your profit! There's no point in getting yourself into a good position and then giving away cash just to secure a green! 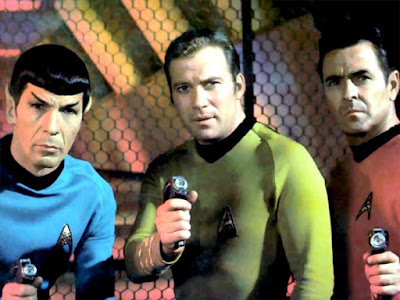 +£471.76. Pretty much all of my profits today came from one race, but this often happens the way that I trade. I even nicked a fiver on the rugby!

+£243.72. I traded 43 races today which is probably more than I have traded on even the busiest days of the year!

+£45.19. I was chugging along quite nicely and just getting ready for the evening racing when disaster struck! I traded in the win market and nicked £13 on a horse that traded very strangely. I then switched to the place market and had £210 on the winner to win just over a tenner .... so in total I nicked a pony from the race ... good stuff. As the horse passed the winning line the commentator mentioned that the saddle had slipped and when this happens I always think 'oh fuck I hope nothing fell off on the way around'. Well literally seconds later the studio nobbers said' oh someone has emailed in and said that something fell off the winner after 3 furlongs'. I had that sinking feeeling as I realised that my £210 had probably gone up in smoke. Queue the replay and off flies the weight cloth ... oh dear! Now I don't know if it's the effect of my Yoga sessions but to be honest I was like 'oh well, these things happen'. In my trading career I've now actually lost money on a) weight falling off, b) jockey weighing in light, c) jockey not weighing in at all and d) judge calling the wrong result!

I decided to have a break and shot off for a Yoga session and as perverse as it seems once we started I couldn't keep a silly grin off my face ... weird shit. I must have looked strange lying there with a huge smirk on my boat. I thought hard about the £210 that I had just spunked but I just kept grinning like a cheshire cat. Fuck knows what that was all about!

Anyway, I got back in time to trade a few late Wolves and Dundalk races and almost immediately recovered £80 so at least I was back in profit for the day. Shit happens!

-£75.00. A Sunday where I really struggled and kept on running into losing trades. I was out at a small house party last night but can't blame a hangover as I was on the Bavarian 0% wit beer! 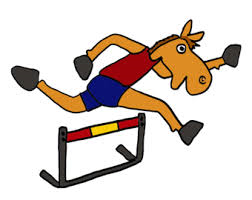 To be honest I don't blame him! I wouldn't fancy running 2 miles with a dwarf on my back beating the shit out of me with a whip and catching my bollox on twigs every time I jump a fucking hurdle ... no thanks mate. When that happens there's fuck all you can do about it as the track players have already seen it happen and have mopped up all of the prices ..... so you just have to take it on the chin and crack on!

+£43.56. I had a poor start today and then gradually nicked a few quid to end the day ever so slightly in front ...