Hanging Out Down on the Beach


Now that the summer has well and truly arrived I thought to myself  'let's have a crack at a nudist beach', as you do! So after looking about online I found that my nearest naturist beaches are located at Leysdown (Shellness beach) and Sandwich, which is quite close to Ramsgate. 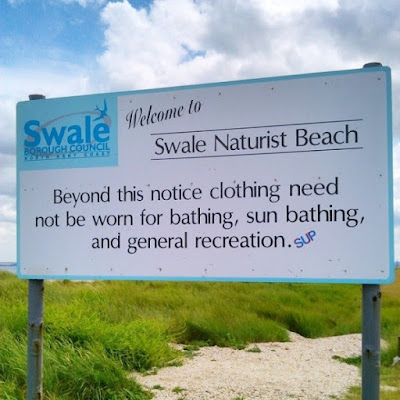 So with one eye on the weather I booked my preferred B&B for a 3 days stay and headed out on the first leg of my journey. It didn't take me that long to drive to Leysdown, maybe 70 minutes in the car, and before I knew it I had my little beach shelter setup on the beach along with my blanket, pillow and coolbox. I made myself comfortable and slapped on plenty of factor 50+ and chilled out for a few hours in the currant bun. It's quite liberating hanging out stark bollock naked and it was a great experience. I stayed for maybe 3 or 4 hours before heading on to Ramsgate for a few Hoegaardens outside The Belgian Cafe. 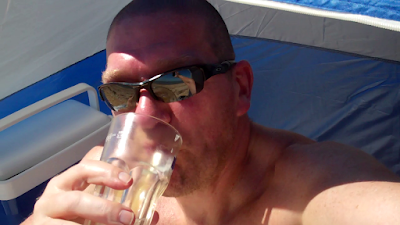 I must admit that my drinking prowess hasn't been particularly high this year (much like my P&L) so I took things quite steady. I had a few more sherberts in the evening but as the weather was set fair I decided to hit my second beach the following day, so I had a relatively early night.

So I was up at the crack on Wednesday feeling fresh as a daisy and took the short (20 mins) drive to Sandwich. Unfortunately once parked you then have to trek for at least 15 minutes along the beach to get anywhere near the un-official naturist area. I finally reached a spot where it was nice and quiet and setup my shelter. It was a great isolated spot and I could see along the beach for at least a mile in each direction. Very occasionally a dog walker would head in my direction so I slipped my kaks back on so as not to offend, but in general I was un-hassled and had a great time just relaxing naked in the sun and watching the sea come in and the occasional seal go swimming past.

Every now and then I'd spot a guy walking past and heading even further down the beach and then disappearing into the distance. Apparently I had stopped well short of the recognised naturist area but it was probably quite lucky as someone mentioned that it was 'fudge pack city' down the far end and you were as likely to get your ring pierced as you were to get a suntan!! 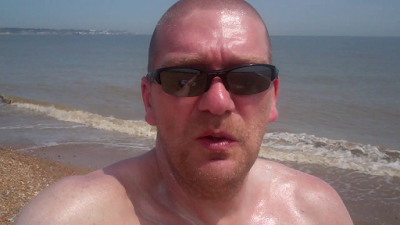 Once again I stayed for a few hours and then drove back to Ramsgate (in the background of the pic) and had a few more Hoegaardens and a big fuck off breakfast!

+£125.68. I won enough today to cover my recent beer and munch expenses. I don't usually trade the first day back from a break but as I didn't over indulge in the alcohol I felt much better than how I usually feel after a 2 day binge!

+£230.28. I had a cracking start to the day today and gradually increased the profit as the day progressed. I did get put off at one point by screaming kids and an irate wife and daughter which caused me to lose £30+ in one race. It's not a big loss in the grand scheme of things but it tends to give me the raving arsehole when family members are being complete bellends and don't realise that I'm sitting here trying to work!

+£40.61. A really slow Saturday with loads of small wins followed by the obliteration of £80+ in the early evening which once again gave me the fucking raving arsehole!

Here's a band that I stumbled across a while back and their music is chilled! Take a listen and chill Winston!

+£80.15. It's becoming increasingly difficult to get matched on the RUK races these days so today was a battle against the track players with a few small wins coming here and there ...

+£1.48. The sun came out with a vengeance today so I got my milky white ass back down to the naturist beach and soaked up some rays. It was sooper chilled just lying there in the sun with the sound of the waves ... much better than sitting in front of 3 screens all day!

I managed to do some reading until my cheapo, reading glasses literally fell apart in my hands, so then it was just a case of lying there and chilling to the sounds of nature as the tide retreated. Ah bliss .... 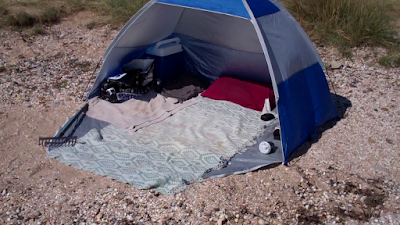 Today's card was predominately high class racing covered on RUK. The weather was even better than yesterday so it ws a no brainer ... back down to the beach! It only takes 70 minutes door-to-door so I was all setup by 09:00 and once again lazed about in the sun and continued with my book (with my backup reading specs). 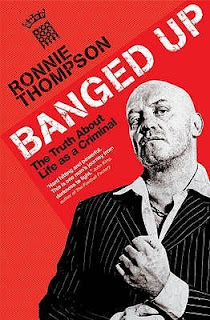 The sun was hot, the tide was in and all was going well until we had an influx of 100 million tiny flying ant jobbies. The fuckers were everywhere! It became increasingly annoying trying to brush the little fuckers off my arms, legs and blanket. It became even more annoying when I took a look down and they were using my hampton as a landing strip and my balls as a cosy place to sit and have a chat! I walked along the beach for a bit as they seemed less prevelant right by the sea but after a while I noticed that a few passers-by were thinking about giving up for the day as the little fuckers were so fucking annoying. 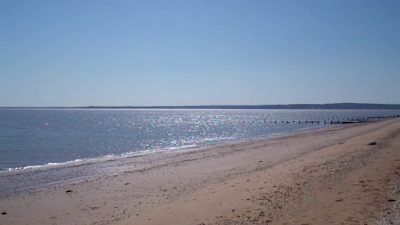 I decided to crack open my Hoegaarden and slurped it while strolling along, keeping the lid on on between swigs to keep the fuckers from diving in. Once the Hoegaarden had kicked-in I decided to succumb to the insects and let the fuckers do what they wanted. Gradually they dispersed and we were left in peace at last! 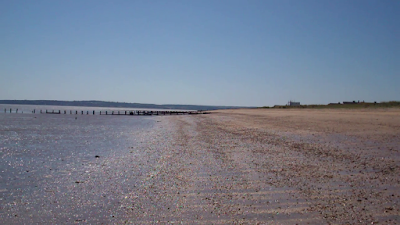 As it was the weekend there were more couples (of all shapes and sizes) strolling along and enjoying the sun and it was a really chilled atmosphere.

+£129.20. Another steady day took me into 3 figures but to be honest that's fucking useless for this time of the year ...

+£142.96. I had a pretty good start to the day and then just chipped away for the remainder of the afternoon and evening.

+£73.73. It was like walking in treacle today and it wasn't very enjoyable at all!

+£207.61. Sometimes this game can really get on your fucking tits! I had a fucking useless start to the day when I had £105 on 1.03 loser. It was then a case of trying to make money on the RUK races where these days some cunt somewhere is obviously miles in front on the pic speeds ...it's almost fucking impossible!! You also have to put up with the hopeless RUK tosspots spouting shite all fucking day!

Then sods law the weather is set fine for a nice day on the beach tomorrow but there are 9 meetings so it would be pretty stupid to miss a day like that? Albeit it's a Saturday and that makes it double fucking impossible to win. Added to that I'm now just shy of the thieving cunting 50% premium charge. I hit the gym early this morning and smashed the fuck out of the heavy bag but I now feel I could do another 30 minutes of kicking the shite out of it!!

+£1.27. I struggled today but sometimes it's easy to identify why on some days it can be so tough. In the afternoon we had racing from Newbury and Newmarket and the head-on camera angle makes things sooper tough. Add Chester to the mix where the fast pic boys are smashing into the market a nonosecond after the start and it all makes for tough trading conditions.

-£20.11. I had another wanky start to the day but managed to nick a few quid back before i realised that I felt absolutely knackered .... so I gave up for the day and went back to bed!

+£84.68. Yet again I had another poor start and I was like 'what the fuck am I doing here?'. A steady bit of trading ensued and I managed to nick a few quid.