Time to Step Up

-£303.88. I learnt a hard lesson today .... never try to trade with screaming kids around. I got to the last race and had chipped away a few pennies and then my grandchildren started going apeshit, screaming and crying. I told my daughter about a dozen times 'shut those fucking kids up, I can't concentrate'. I should have just missed the last race. Instead I played, fucked-up and dropped over £300 in one race ... happy fucking birthday!. I am not fucking happy! 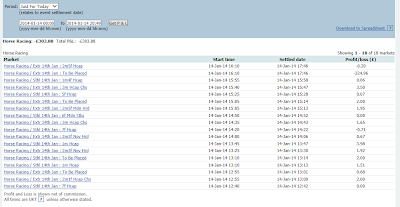 So as punishment I'm going to sit here and go through all of tomorrow's races and update my notes. I have a hospital appointment tomorrow afternoon, so I'll only be able to play a handful of races

I find that the besy way to deal with a relatively big loss is to see it in terms of just setting you back a few days. The money will be won back eventually, and the loss will be a distant memory, so there's no point beating yourself up. In fact it makes me realise that I should be pushing on a bit so that any loss like this only represents a loss of 2 or 3 days.

I stumbled across Paddy's blog over at the Geeks forum. It's a harsh reminder of the downside of gambling, and one of the things that he does every post is to re-affirm his status, that despite being a compulisve gambler, he is endeavouring to stay 'gamble free'. So here's my own take:

Hi, my name is Dave. I'm a fucking good trader and it's about time I grew some bollox and started to give myself the chance to win some proper cash.

+£7.03. Only played a few races today as I had a hospital appointment in the afternoon. I took the opportunity of popping into the boozer near my old workplace and not surpisingly the same old faces were propping up the bar (yes that's you John and Ian!). We indulged in a few beers and my 'lightweight' drinking buddies soon fell by the wayside. John disappeared and left his Pinot Grigio (fucking poove) so I finished my Stella, knecked his wine, made my way home and devoured a suasage and bacon sandwich (there goes the diet again!).


State of mind: confident and ready to start giving myself the chance of winning some decent money.

+£72.53. Must say that I traded well today. I played a bit heavier and didn't really worry about my profit and loss during the day. More of the same tomorrow ... 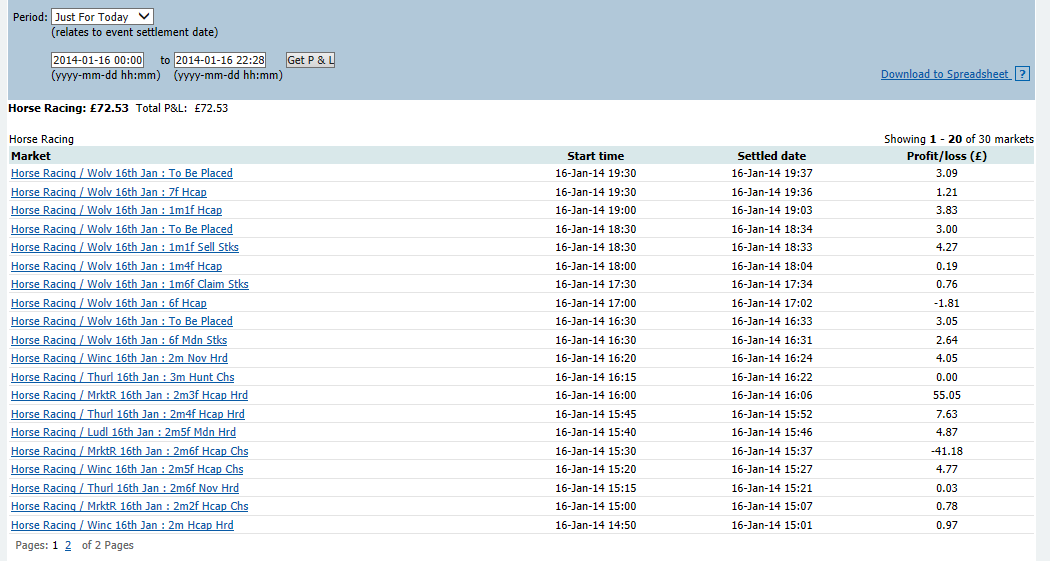 +£3.32. I had quite a haphazard day today as I had a few things to do so I didn't really get into the groove. I took an early loss of £50 when my selection fell at the first but strangely enough I thought that I traded quite well after that, despite not actually winning anything at the end of the day! I also had a horse earmarked for an early back in one of the later races at Dundalk. It went off at 18.0 and actually won the race, so I could have taken quite a nice profit, but my internet went loopy and I couldn't get the BF live video working, just my fucking luck eh? I ended up chatting online to BT, in between the chat window disconnecting every 2 minutes, and then hey presto it all started working again. Fuck knows what he did, maybe pointed me to an alternate DNS server, but it seems to be working OK now. 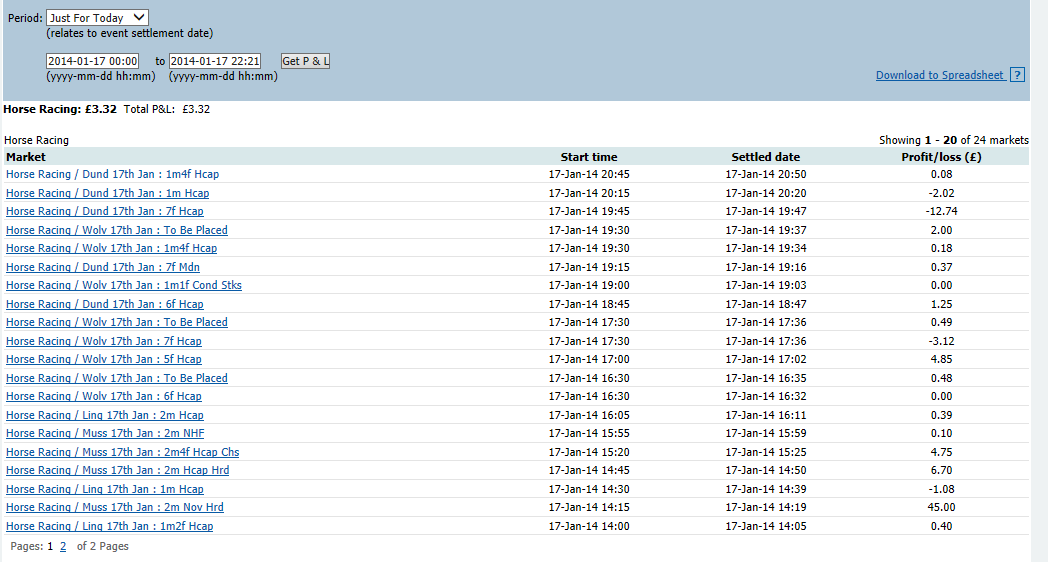 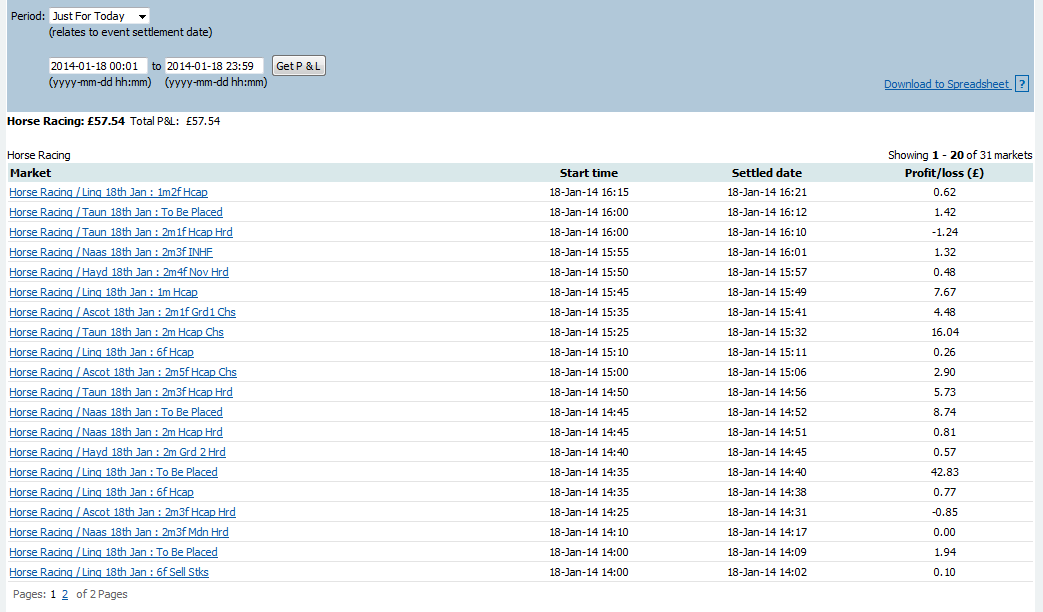 -£119.09. I don't really know what happened today but suffice to say that everything I touched turned to shite! Towcester live video was behind ATR and I didn't realise that until my second loss there! I gave up after the 15:00 and went to bed for an afternoon nap!

+£6.44. There were only 2 meetings today and I missed most of the early races and couldn't really be bothered trying to win cash on the remaining AW meetings at Southwell and Wolves.