BETDAQ on the improve?


Could it be that the pre-race liquidity on the DAQ is beginning to build to reasonable levels? I ventured over there yesterday and today and it certainly seems as though the liquidity is greatly improved from what I've seen in the past. So maybe the Labrokes bandwagon is finally rolling into action? All that in need to do now is to start to win some decent pre-race cash!

I did take a look at the in-running markets and these still seemed to be piss poor but maybe that will also improve in the coming weeks?

+£58.57. Decided to have a crack on the DAQ today for my pre-race activity. As you can see I didn't fare too well and it was a bit fiddly fucking about with several windows and trying to trade on the DAQ while looking at the info from the BF graphs etc. My Geeks Toy for the DAQ also seemed to wobble a few times and this caused a couple of the losses. I'll try again tomorrow and maybe I'll bit more selective when and where I trade. I only have £100 in my DAQ account so it's minimal stakes until I feel a bit more confident in the markets and with the software. 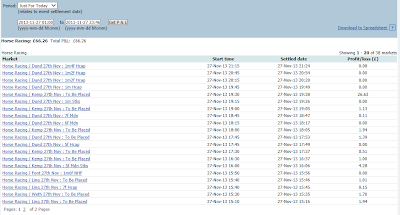 +£130.27. I like to think that I'm quite intelligent. I went to a good primary school, studied quite hard, then went to a really good Grammar school (Nick Leeson and even Tommy Walsh went there) and I had quite a good career in IT. But fuck me I'm fucking hopeless at doing the right thing in this pre-race malarkey!! I played the dogs tonight and I must be fucking blind or completely retarded (or both). In most races it was so fucking obvious what was happening but I kept making a balls-up race after race. OK, I had consumed a few Hoegaardens but even in my semi-pissed state I should have made some cash. 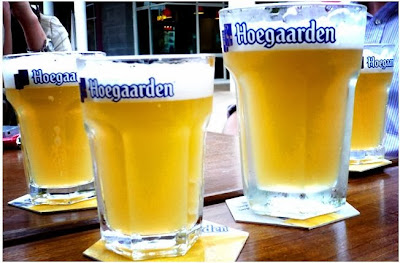 On the dogs it's easy to spot the fake money and it's easy to see the obvious trends ... so wakey wakey Dave you dozey fucker and start making some cash tou twat!!

And don't even get me started on the £300+ green that I missed today! 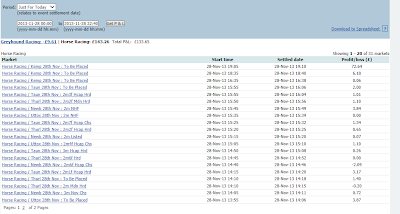 PS If you need a good read then take a look at 'Koo's Comeback Thread' on the 'General Betting' section of the Betfair forum. OK it's a few years old but the figures are staggering!

+£67.05. Tried trading a few races on the DAQ today but to be honest my £100 bank is too small even for £5 stakes and it's a right pain in the ass trying to amalgamate the info from my Betfair Geeks Toy graphs/amount matched/ranges etc alongside the Geeks Toy for the DAQ. A couple of times I ended up with different sized windows all over the shop and didn't have a fucking clue what was happening. So for the last few races I choked down to £2 per click and that helped a little. 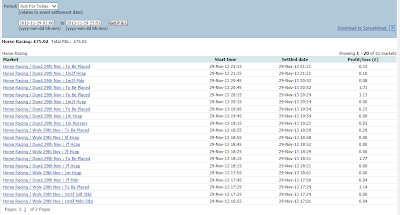 Probably going to stuff my face tomorrow and then get back on the diet as November was a hectic month what with all the kids in and out, too much crap being put in the fridge, plaster/ceilings coming down and scaffolding going up. So fat fucker tomorrow (Saturday) and early to rise and lean and mean in December.

+£113.40. I've always found that Saturday's in general produce much less profit than what I'd expect. I'm not too sure whether this in fact true and if it is then the reason why they often provide fruitless? I have found myself sticking around in the win market a bit more often over the last couple of days and it's quite refreshing playing a different syle, trading more and nicking a few quid for small stakes. I'm sensing that there may be some potential there! 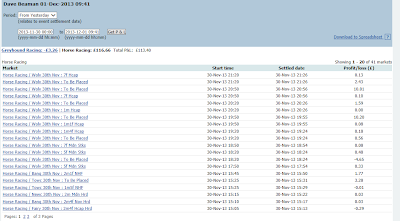 The 2+ hour break in the racing today reminds me of when this occured more often a few years back. In that break we would often pop down to the 'Cat and Canary' in Canary Wharf and have a bite to eat, a drink and throw a few arrows. Alternatively we'd pop into the local Tesco and buy huge bags of crisps, donuts, biscuits and all sorts of crap and then wander back to the exchange for the twilight/evening meeting and stuff our faces until we felt physically sick.

I'm back on the diet/training regime as from tomorrow so stuffing my face today!