Yep Do It Yourself. Not in any way related to trading but I thought that I'd put up a new post that will cover my upcoming DIY project. 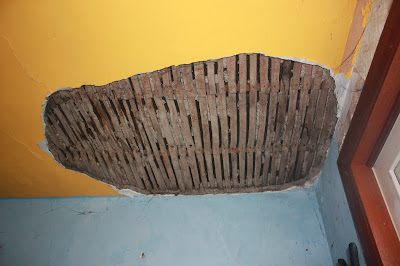 Once again I've become a lazy bum. Staying up late (albeit watching trading vids) and lying in bed in the morning (not watching trading vids) has meant that I'm doing little else than sit at my desk all day. Now my bedroom is literally falling down around our ears. It was previously our kids room when they were young and the floorboards are still red, yellow and green and the ceiling is painted yellow! The ceiling is falling down and the kids knocked holes in the stud wall (maybe the psychadelic colour scheme had some sort of weird effect on them) when they were teenagers (yep punched holes in the fucking wall ... what retards!).


I'll give myself a week and if it all goes pear shaped then I'll call in the professionals! 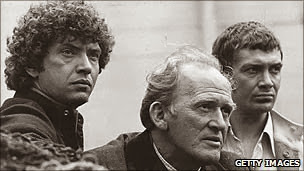 +£70.08. Rachel Riley got a mention in one of the posts on here this week so that's a good enough excuse to stick up a pic of the little vixen!

Fucking gorgeous or what? 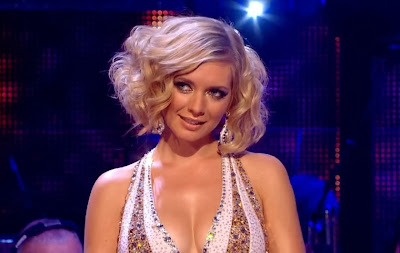 No doubt if I sent her a screenshot of today's P&L she'd be mine! 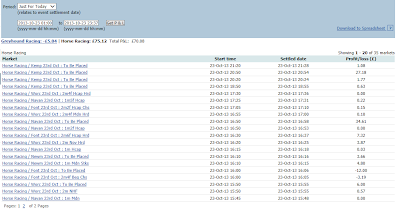 +£32.21. A pretty abysmal effort today. Lots of distractions and didn't really get involved in the racing. Dabbled on the dogs in the evening and tried a new approach which failed miserably so all in all a complete waste of a day. 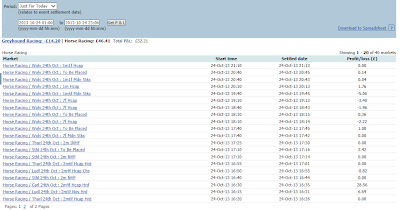 I felt like kicking a hole in the wall ... but it seems as though one of my kids has already beaten to to that! 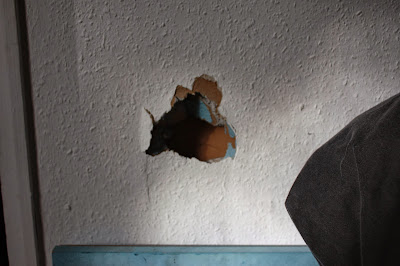 +£127.20. Had a few good chances today and managed to nick a few quid before things dried-up somewhat in the evening. 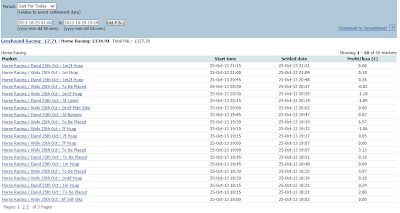 One of the 'punch holes' cut out and ready to be filled with new plasterboard (notice the smaller 'punch hole' a bit further along). Not too sure at this point whether to line over the existing chipboard paper or strip off, although as you can probably see the original boarding isn't exactly nice and straight. My plastering is not to brilliant so I doubt whether I'll give it a skim, so it looks like heavy lining paper over the top and a couple of coats of silk maybe? 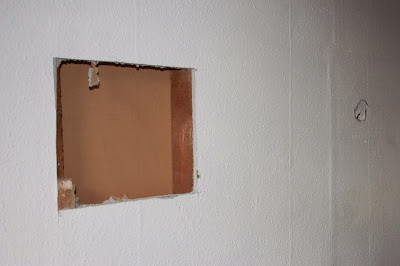 +£104.72. Started the day with a colossal argument with my missus with regards to commencing the DIY on our bedroom. She didn't want me to start ... but I did! So that gave me the raving asshole and as I sat down to trade all I was really looking for was £50 for the day. The racing came thick and fast and I didn't really enjoy it as my missus had REALLY pissed me off .... so much that I even started looking for accomodation just for myself down on the coast! 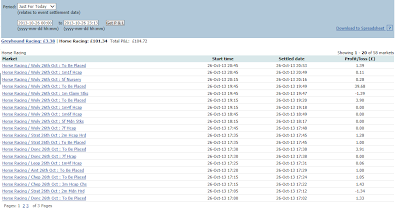 The floorboards in our current (formerly kids) room. Probably the reason why my kids have grown-up like they have ... 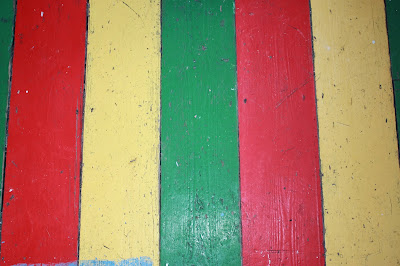 -£72.01. OK the DIY has been put on hold. My eldest girl, her partner and daughter are moving into there own place in a few days time which means I can move my stuff back into that spare bedroom, leaving me free to pull the ceiling down in the mulicoloured room! I did however manage to make  a start yesterday and started to pull off the old plaster at the end of the room. It was quite messy but I got a fair bit done in a short space of time The current plan is to clean and re-point the brickwork and seal with a PVA mix. 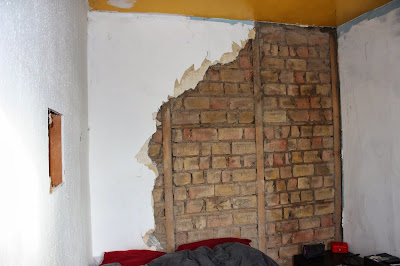 Somehow managed to throw away £70 today without really trying. Wasn't really concentrating fully to be honest and before I knew it I was down and out. A pretty dissapointing end to the week! 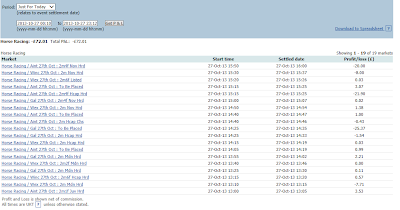 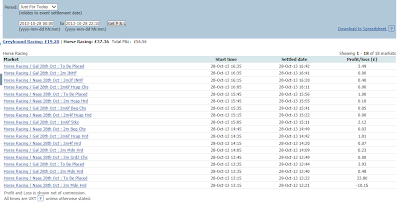 -£32.67. Today I had an immediate return to trading like a wanker. Here are a few of the mistakes that I still keep making: 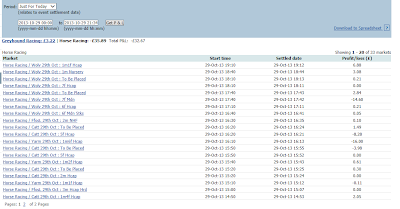 So the Camtasia will definitely be primed tomorrow and if and when I make a balls-up I will make myself watch it over and over 100 times as punishment! So with all of this in mind tomorrow I will record a masterclass of pre-race trading and stick it up on YouTube. Bring it on .... 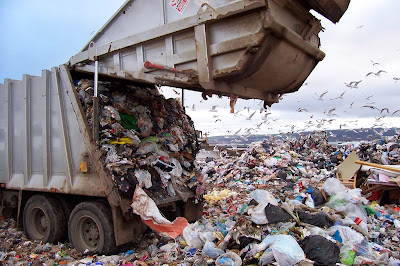 Anyway on a good note we have the local estate agents coming over tomorrow to give us an indication of what our house is worth and depending on that, my missus finding a job, getting rid of my kids and finding a suitable place then we might find ourselves living down on the south-east coast come next summer. 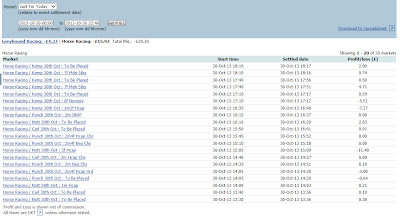 +£115.87. Felt like ages since I had a winning day. It's impossible to record any of my trading during the day as my house is absolutely manic at the moment and it's probably no wonder that my results have been generally crap over the last few days. There's a mass exodus in the coming days so it should be nice and quiet from Monday onwards .... hopefully! 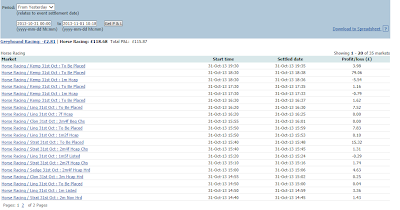